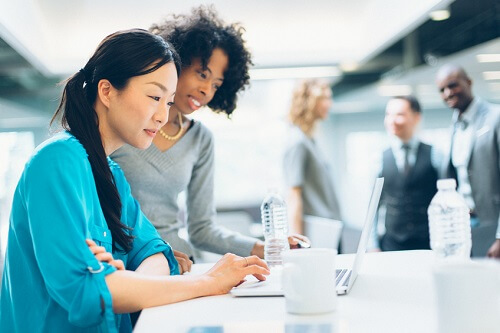 There is strong evidence that ‘double jeopardy’ (when gender and cultural background combine) is prohibiting women from top leadership opportunities, according to new evidence.

Indeed, only 2% of ASX directors are culturally diverse women, according to the Diversity Council Australia.

Now, for the first time in Australia, the DCA and The University of Sydney Business School have asked culturally diverse women about their experiences in the workplace, what is preventing them from progressing and what organisations can do to better harness their talents.

The DCA spoke with more than 230 culturally diverse women who are leaders or aspiring leaders in Australian-based organisations in its new report, Cracking the Glass-Cultural Ceiling: Future Proofing Your Business in the 21st Century.

“They are denied leadership roles because they are both female and culturally diverse,” said Dr Groutsis.

She added that the insights gained from the women interviewed point to ways that organisations can crack the cultural ceiling and make sure that culturally diverse women are able to become leaders and role models for future generations.

“For example, the deliberate partnering of leaders with emerging leaders from diverse cultural backgrounds can be a very good strategy. It is a leader-led approach to recognising, valuing and including diverse voices in the leadership suite,” said Dr Groutsis.

Lisa Annese, CEO of the DCA, added that it’s time to bridge the divide and focus on how diversity and inclusion efforts can benefit culturally diverse women, and organisations across Australia.

“It’s time to bridge the divide and focus on how diversity and inclusion efforts can benefit culturally diverse women, and organisations across Australia.”

Some of the key report findings include: