How to deal with a death in the workplace 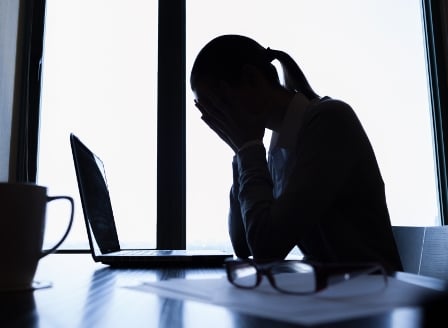 A death in the workplace is a traumatic event for everyone involved and HR professionals should play a key role in managing the psychological fallout of a workplace death on colleagues and co-workers.

Aside from the trauma of losing a colleague, additional distress to co-workers can be avoided if HR steps up to the mark in the aftermath of a workplace death, says a leading clinical and organisational psychologist.

Dr Peter Cotton says a death in the workplace can have a devastating effect on the workforce and impact greatly on overall productivity and performance.

“There is a lot of angst and stress in the wake of a workplace death,” Cotton told HC Online.

He says this angst can be severely aggravated if employees feel that their employer was somehow to blame for the death of their colleague and this has a direct impact on productivity and performance.

“In their own minds, people tend to go through some sort of assessment of whether the organization had adequately supported workplace health and safety practices,” Cotton says.

“People often say afterwards that there were complaints about particular work issues, but they were ignored,” he says.

If staff feel that the organisation had failed to put in place adequate protective measures to prevent workplace injuries, then their reactions and subsequent emotional trauma can magnify, Cotton says.

“People can become quite bitter and angry if they feel the issue was known and nothing was done about it, and therefore someone has died.”

He says workplace productivity depends how employee perceptions of how supportive their employer is of safety and safety practices.

“If people believe their employer is genuine and serious about safety, then it tends to have a positive effect on productivity. But if their judgement is low, then that does tend to have a negative impact,” Cotton says.

In a hearing earlier this month into the death of a Tasmanian construction worker, a court heard the deceased worker raised safety concerns only moments before being fatally struck by a one-tonne steel piling beam.

His employer told the court that 32 year-old Benjamin Wicks, who died in the McRobies Gully tip incident in January 2013 was one of the best in the business.

A witness told the court that the deceased was concerned about the safety of the operation.

However, the main contractor at the site, construction firm J Hutchinson, has pleaded not guilty to failing to provide safe systems of work.

As of 17 February, 15 Australian workers have been killed at work in 2016, according to statistics from Safe Work Australia. Last year, 192 people were killed in workplace accidents, an increase from 187 in 2914.

A spokesperson from Safe Work Australia said there is no simple answer to the question of why people are still dying at work, despite work health and safety legislation and activities reducing the number and rate of work-related fatalities.

Organizational culture can play a key role in determining the safety of a workplace and workplaces tend to fall short on proactive approaches to work health and safety, the spokesperson told HC Online.

“One avenue that Safe Work Australia has explored is the role of workplace culture in driving work health and safety behaviour at both the individual and organisational levels,” the spokesperson said.

“There are still workers and employers who are prepared to take risks at work,” Safe Work Australia said.

“Greater acceptance of risk-taking is more common among certain groups of workers, e.g. sole traders, and in specific industries such as transport, postal and warehousing,” the spokesperson said.

Offering counselling services to employees via an Employee Assistance Program can assist workplaces to recover in the wake of a workplace death, Cotton says.

But while it is important for grieving staff to be made aware that there are support services available to them, HR should be wary of pressuring employees to access these services, he says.

“Some people cope by putting it on the back-burner and gradually coming to terms with it, so HR should make them aware of available services but not force them to take part in it,” he says.

Workplaces can also be proactive and ensure that they have a mentally healthy workplace that has strategies in place to protect workers’ mental health before an incident occurs, says Safe Work Australia.

“Ensuring that managers and supervisors have mental health first aid training is essential, as is having established procedures for dealing with a crisis or serious incident,” the spokesperson says.

Negative workplace culture can have a detrimental impact on the tone or quality of the work environment, as well as the effectiveness of the EAP services, Cotton says.

“Therefore HR should be on the front-foot to monitor and identify work areas or team environments to help lift up workplace morale,” he says.