A magistrate handed down a $1.1 million fine yesterday to a construction company that failed to meet its health and safety obligations, leading to the electrocution of a worker. 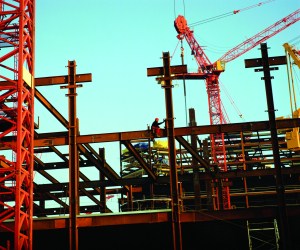 A construction company in Canberra has been fined $1.1 million over the 2012 death of one of its truck drivers.

The fine is an example of the sanctions in place under new national work safety laws.

The ABC reported that Michael Booth was electrocuted when his tip truck touched low-slung power lines at a work site.

Kenoss Contractors – who Booth had visited several times on behalf of his trucking company – was found guilty of safety breaches that led to his death, which included having no signs around the site warning of the low power lines, and failing to attach flag to the lines themselves.

Yesterday, industrial magistrate Lorraine Walker said that the company had shown no remorse for Booth’s death.

She also criticised Kenoss’ corporate culture, particularly the appointment of the general manager’s son as safety officer despite being unqualified for the job.

According to the ABC, the court also heard that the company attempted to hinder the investigation into Booth’s death, which included one of its officers altering Booth’s attendance record.

When handing down the sentence, Walker said that the offence had not been the worst case scenario, meaning that the company narrowly avoided the maximum penalty of $1.5 million.

However, she emphasised that the breach was “certainly towards the high end”.

The case is one of the first in which a company has been punished under new national workplace health and safety laws.

While Walker acknowledged that the fine would have little effect due to the company’s financial status, she said that it would send a much needed message to employers to address risks of working around overhead power lines.

“Nothing will bring back Michael Booth's life, but in terms of deterrence this is a very strong message to the industry,” he said. “This was a very preventable death.”