Reach out to employees for R U OK? Day

Today is R U OK? Day, which aims to raise awareness of suicide prevention. HC looks at what employers can do to start important conversations in the workplace. 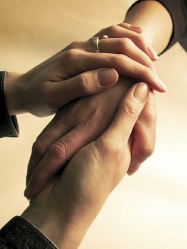 Ask
ing someone if they are ok seems like a basic question, but it’s one that is not being asked enough, especially in the workplace.

Today is R U OK? Day, which aims to raise awareness of suicide prevention by encouraging people to connect with each other and have meaningful conversations.

R U OK? non-executive director Graeme Cowan, a mental health at work speaker and author, told HC that there was a range of things organisations could do to encourage an R U OK? culture.

He said it was important for leaders to make sure they took care of their own wellbeing, because according to research, employees who believed their leaders had a balanced life were more engaged and reported higher levels of wellbeing themselves.

“There’s a good reason for leaders to stay well and not be stressed themselves, because that obviously has a carry-on to their team.

“People need to understand what’s good for them and what keeps them well in terms of physical exercise, contact with people and making sure they’re in the right job.”

Cowan said there were four steps to learning how to ask others if they were ok.

The first is breaking the ice – “talk about the weather, talk about movies, talk about sport, and then make an observation that you might have about how someone might be behaving differently”.

Changes in behaviour were an important signal that someone might not be coping well, including things like isolating themselves more, not meeting deadlines or no longer being well-presented at work.

“Make an observation about changed behaviour and ask, ‘Is everything ok?’. Step two is to listen without judgement. Try to keep the person talking and ask open-ended questions because the more they feel understood, the greater your chance is to influence them and
for them to take your advice.”

The next step is to encourage action, which Cowan said could be things like calling the EAP provider, making an appointment with their GP or calling a helpline.

Employers could provide easily accessible, anonymous information about where to find help and resources, including websites like beyondblue and the Black Dog Institute and where to find mental health-savvy GPs.

It was also important to recognise the link between physical and mental wellbeing, he said.

Measures could including having “walking meetings” to include exercise in the work day.

For more information on R U OK? go to www.ruok.org.au.