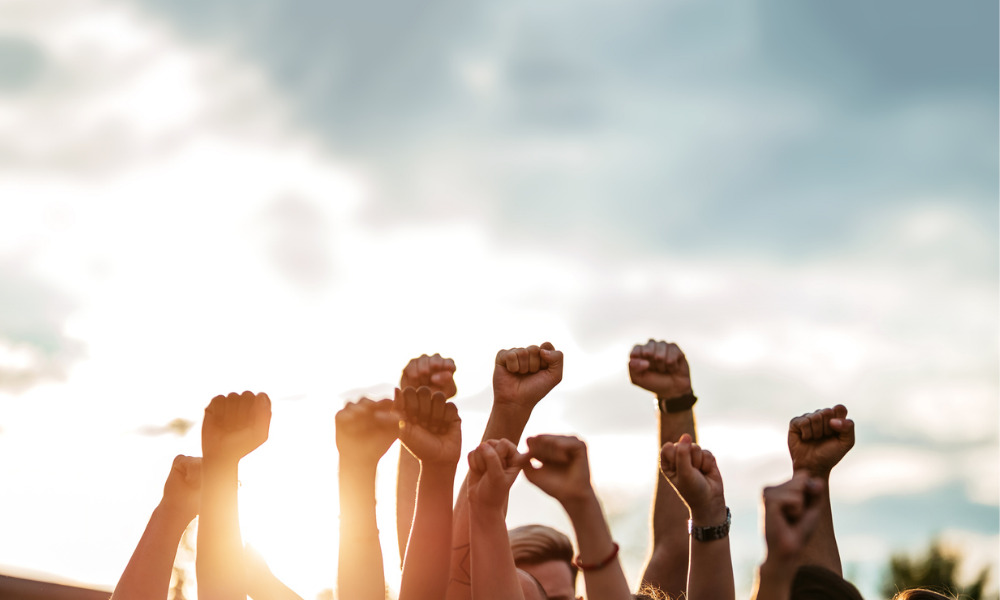 Thousands of protesters have descended on Parliament House calling for an end to gendered violence and harassment in Australia’s workplaces.

March 4 Justice campaigners have said ‘enough is enough’ after a series of rape allegations rocked the nation’s government. They are calling on Prime Minister Scott Morrison to enact systemic, cultural change to improve the safety of women in Parliament House, and send a message to Australia’s employers.

Organised by Melbourne academic Janine Hendry, the event has drawn support from a number of high-profile campaigners including former Australian Sex Discrimination Commissioner Elizabeth Broderick and TV personality Lisa Wilkinson. As well as the main rally in Canberra, there have been marches in over 40 towns and cities nationwide, in what campaigners have called the ‘biggest uprising Australia has ever seen’.

Speaking to HRD, Lisa Annese, CEO of Diversity Council Australia, said it was an important day for women across the country.

“It’s important for a couple of reasons. The organisers of the event handed over the signatures to petition members of parliament, but I think it was also important for the women of Australia, to be able to get out there and express their anger, and they did it in massive numbers,” she said.

The petition is calling for a number of reforms, including independent investigations into all cases of gendered violence, an increase to public funding for gendered violence prevention and to fully implement the 55 recommendations in the Australian Human Rights Commission’s [email protected] report.

Annese said women were marching for various reasons, from their disgust at the lack of safety within Australia’s most powerful workplace, to the blight of domestic violence and the casual sexism and misogyny women continue to be subjected to.

“All of these issues are really complex, but they all start with one problem and that is the disrespect of women and gender inequality,” she said. “As a country, as workplaces, as institutions which have a responsibility, we need to try and address gender inequality because none of this stuff happens in a vacuum.”

In Canberra, the organisers declined the offer of a ‘closed-door’ meeting with the PM, saying he should come out and face the masses. Morrison has been criticised for his handling of the systemic harassment within Parliament House after former government staffer Brittany Higgins alleged she was raped by another member of staff in the office of her former boss, Linda Reynolds.

Higgins bravely waived her right to anonymity to share her story last month and it has prompted numerous other women to report their own experiences of sexual harassment in the workplace. Addressing the crowd in Canberra on Monday, Higgins said she came forward with her story to protect other women.

"We are all here today, not because we want to be here, because we have to be here," she said. "We fundamentally recognise the system is broken, the glass ceiling is still in place and there are significant failings in the power structures within our institution."

“Choosing the right board members and chair, the business owner and even executive leadership team members is key to ensuring their department, organisation or community feel safe, respected and heard,” she said.

“The reality is some HR departments are there to put out fires and protect the interests of the company. It’s not necessarily a safe place for all staff to reach out to but this needs to change.

“Leaders need to call out bad behaviours and HR departments must have a thorough and safe process for all to participate in without fear of losing their jobs merely for speaking out.”