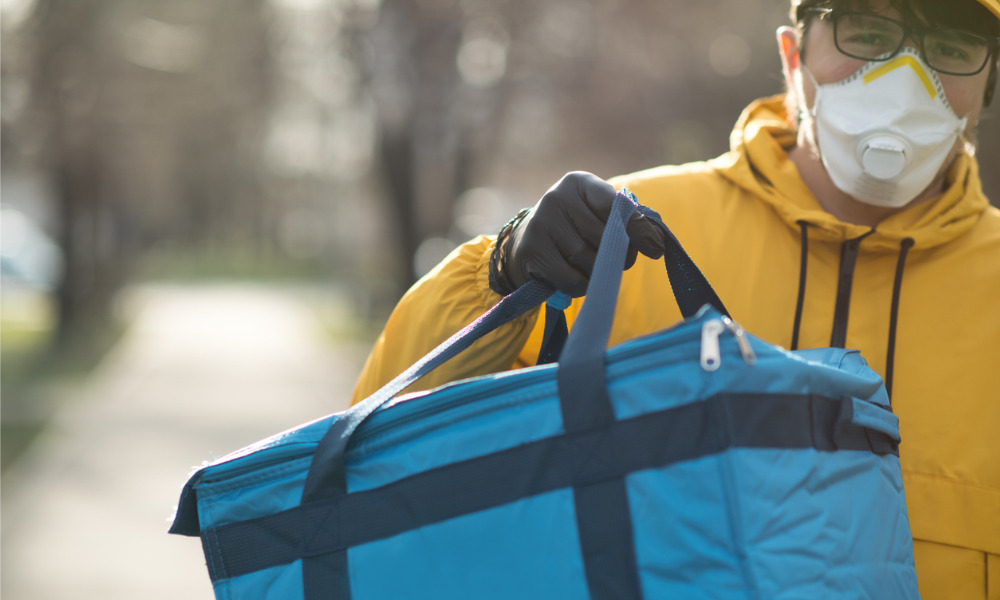 Deliveroo has vowed to fight yesterday’s Fair Work Commission judgement which ruled a rider was operating as an employee when he was booted from the app via an email with just seven days’ notice.

Diego Franco had been working as a delivery driver for three years until his services were terminated in April last year. With the help of the Transport Workers Union, he lodged an unfair dismissal claim with the Fair Work Commission which yesterday delivered one of the most significant decisions yet surrounding the legalities of gig economy businesses.

In the scathing ruling handed down by Commissioner Ian Cambridge, he said the dismissal involved an “entirely unjust and unreasonable process” in which Franco had no opportunity to make his voice heard.

“It was plainly unconscionable to terminate what would be well understood to be his primary source of income, without first hearing from him,” Cambridge wrote. “The capacity to undertake a detailed analysis of Mr Franco’s performance statistics should not remove the human factor.”

In its submission, Deliveroo stated that Franco had been terminated for failing to deliver orders in a reasonable time compared to other riders. But Franco said he had not been made aware of the delivery targets and was therefore unaware that he was falling below the expectation, or that it could result in dismissal.

The ruling made clear that using employee performance data would not constitute a reasonable dismissal if the employee was not first made aware or consulted and said Deliveroo had taken a “callous approach” by notifying Franco by email.

“The access that digital platform businesses have to extensive quantities of data and which provide the capacity for detailed examination of performance metrics, should not translate into a license to treat individuals, whether they be employees or contractors, without a level of fundamental, human compassion,” Cambridge stated.

Speaking to HRD, TWU national secretary Michael Kaine said: “This ruling should prompt all gig economy employers to stop treating their workers like machines. The Fair Work Commission has ruled that what Deliveroo did by sacking Diego via email without warning or the chance to argue his case lacked ‘basic human dignity’.

“The Federal Government must act also as the Commission has clearly stepped out the extent of the abuse workers receive and this can no longer be ignored.”

Yesterday’s ruling follows a landmark case in the UK’s Supreme Court earlier this year in which it upheld a ruling that Uber drivers were acting as workers. The UK labour include three definitions – employees, workers, and independent contractors. Workers are legally entitled to minimum wage and statutory leave allowance but unlike employees, can be terminated without a minimum notice period. Workers tend to be those engaging in casual or irregular work, such as zero hours contracts.

The Commission ordered that Franco be reinstated as a Deliveroo rider and be compensated for his lost wages. Deliveroo has vowed to appeal the judgement and argued it did not reflect how riders work with the company in practice.

“We are confident that riders are engaged as independent contractors. Riders have the absolute freedom to decide whether, when and where they work, and if they do go online they can decide how long to work and can freely reject any offer of work offered to them,” a Deliveroo spokesman told HRD.

“Riders don’t need to provide personal service - they can and do use delegates to complete deliveries. Riders can and do work with multiple platforms, including competitors, at the same time - as Mr Franco did himself.

“Riders frequently tell us that the freedom that comes with self-employment is the key reason why they choose Deliveroo, and we will appeal this decision to protect those freedoms.”

The ruling come as Victoria’s state government announced plans to implement reforms in the gig economy. Announcing the $5m budget to carry out the changes, Tim Pallas, Victoria’s industrial relations minister, said there has been a “leadership vacuum” in the Federal Government after the Prime Minister failed to address criticisms around safety and gig workers’ rights.