Reprimanding employees on inappropriate behaviour is all part of the course for HR professionals, but what if that person is your CEO? 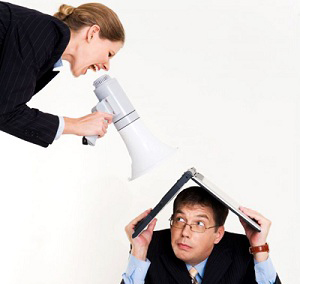 It is common knowledge that strong leadership one of the key drivers for organizational success, so what happens when your leader is behaving badly?

Aside from potentially bringing the organization into disrepute or putting a dent in the balance sheet, the collateral damage of negative leadership can be devastating to a workplace.

Hostile workplaces can have a serious impact on employee productivity and wellbeing, and it is the job of the HR professional to bring bosses into line, says Dr Alannah Rafferty, Associate Professor at UNSW Business School’s School of Management.

“There are a whole range of negative behaviours that can be displayed by bosses, ranging from ignoring employees’ and their legitimate responsibilities as a leader (laissez-faire leadership) to verbally abusing employees (abusive supervision),” Rafferty told HC Online.

She says the true cost of negative leadership is often hidden as many employees suffer in silence.

HR specialists often inadvertently make matters worse for themselves by choosing to ignore negative leader behaviours until they become entrenched in the workplace culture, she says.

“As this point, it becomes very difficult to change the leaders’ behaviour because it is seen as normatively appropriate because it has not been punished previously.”

Her advice to HR specialists confronted with bad leadership behaviours is to gain the support of other senior leaders to ensure that these behaviours are identified as completely inappropriate and as “not how we do business around here”.

Many CEOs see the role of HR as being counter-productive to what they perceive as being the ultimate goal of the organisation – to increase profits for shareholders, says Professor Greg Wood from Deakin University’s Deakin Business School.

“The dilemma faced by HR specialist is that you are there as the servant of organization, but also there to represent the workforce as that conduit between the two areas,” Wood told HC Online.

“This can be a very fine balancing act in some circumstances, particularly as to where your allegiances lie.”

“As the HR manager of an organisation you are clearly looking out for the people, and have a duty of care to the staff and colleagues are working with you in that organisation as well,” Wood says.

Wood says CEOs are often trapped in a system which values profit over people and as such, carry the pressure of needing to provide growth.

“The economic system is predicated on constant growth and if you’re not making constant growth, then you are under scrutiny for what’s happening in your organization,” Wood says.

“The economic system as we judge it creates circumstances where it puts a lot of pressure on individuals to step over the line. This puts CEOs and other individuals in other quite invidious positions,” he says.

Tense leaders often take it out on employees who become the butt of short tempers and angry comments, Rafferty says.

"And, in turn, [the abusive behaviour] rolls down the organisation," she says.

HR guru and former head of HR for Laing O’Rourke Steve Rowe says true HR leaders are those who can walk the fine line between serving their CEO and organisation and representing their workforce.

The successful HR advisor must arm themselves with subtlety, tact and moral courage when confronting their CEO or others in the senior leadership team about their behaviours, Rowe says.

“My experience with CEOs is I find that the majority of CEOs are fragile human beings with big egos that mask deep-seated insecurities,” Rowe told HC Online.

“And many human resource directors would tell you exactly the same thing,”

Often, breaking through the barrier of senior leadership with the intent of enacting positive change in the top echelons of the organization can be a challenge, Rowe says.

“People think they are working for a person and that leads to the whole tribalism approach,” he says.
“But this can get in the way of doing the right thing for business.

“If you’re the organisational conscience and they (your bosses) have people around them who are feeding their ego and telling them what they want to hear, then being a truth-teller in that context can be pretty tricky.”

Rowe says a good HR person needs to be able to cut through this without getting themselves into trouble.

“If you are trying to influence individuals in the leadership team, you need to be clear about your own values and want you stand for,” he says.

And if HR professionals want to stay employed, then they need to be subtle about how you’re going to get that message across, he cautions.

Wood says many CEOs are characterized as invariably driven high achievers who often take on the persona of organization. “They are paid to get to right and fated when they do,” he says.

“With the thrill of the chase and pressure to continue to grow the organisation, sometimes rationality goes out the window,”

“It can be difficult to have those discussions because those around them a similar view and see HR as being counter-productive to organizational goals.”

However, HR must step in and lay down the law in situations where they can clearly see that leaders are doing the wrong thing, or risk being held personally liable.

“If the organisation is taken into court by an employee and the HR manager has tried to do the right thing but still the company has been found guilty, HR manager can still be held liable as complicit,” Wood cautions.

“As the saying goes, success has many fathers but failure is an orphan,” Wood says.