How to be frank and fearless in the C-Suite

Successful HR leaders must be strong yet subtle when shaking the corridors of power, or so says one prominent former HR director. 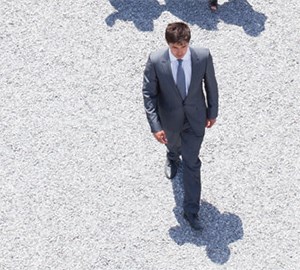 Successful HR leaders need to stick to their moral standpoint with when shaking the corridors of power, says Steve Rowe, former head of HR for Laing O’Rourke, even if the truth is not what leaders want to hear.

“Being a HR director, you are always in that space if you are doing a good job,” Rowe told HC Online.

However, true HR leaders are those who can walk the fine line between serving their CEO and organisation and representing their workforce, he says.

“HR carries the label of organizational conscience and often that transcends your relationship with the CEO,” he says.

“I have always felt that I work for the company, not the CEO, so fundamentally my compass has always been what’s right for the business and that doesn’t always line up with what your leader is doing,” Rowe says.

He says personal risk goes hand in hand with being a frank and fearless HR leader, as the fate of your career often hangs in the balance.

Many HR professionals prefer to safeguard their career, rather than speak out against their leaders, Rowe says.

“Barriers arise when people are too fearful to speak up,” Rowe says.

“Essentially people don’t speak up because they are afraid and don’t want to put themselves at risk.”

Rowe says people may also get discouraged or disillusioned if they have made a point of speaking up before and nothing has happened, or if they have been resigned.

“There are perceptions of speaking up as offering resistance or being branded as trouble-makers,” he says.
However someone has to tame the lions in executive suite and HR is well-placed to play that role, as a confidante to the CEO.

“As a HR professional, you need to be clear about your own values and what you stand for,” Rowe says.

And if you want to stay employed, you need to be subtle about how you’re going to get that message across, he cautions.

“But ultimately, as a HR professional, you need to be clear about your own values and what you stand for,” Rowe says.

* Steve Rowe is a guest speaker at the 14th annual National HR Summit.

The National HR Summit brings together a line-up of HR directors and business leaders to share insight into how leading companies are tackling a range of people management issues.

The event will be held on 6-7 April at Luna Park Sydney.