HR remains the only function with genuine diversity 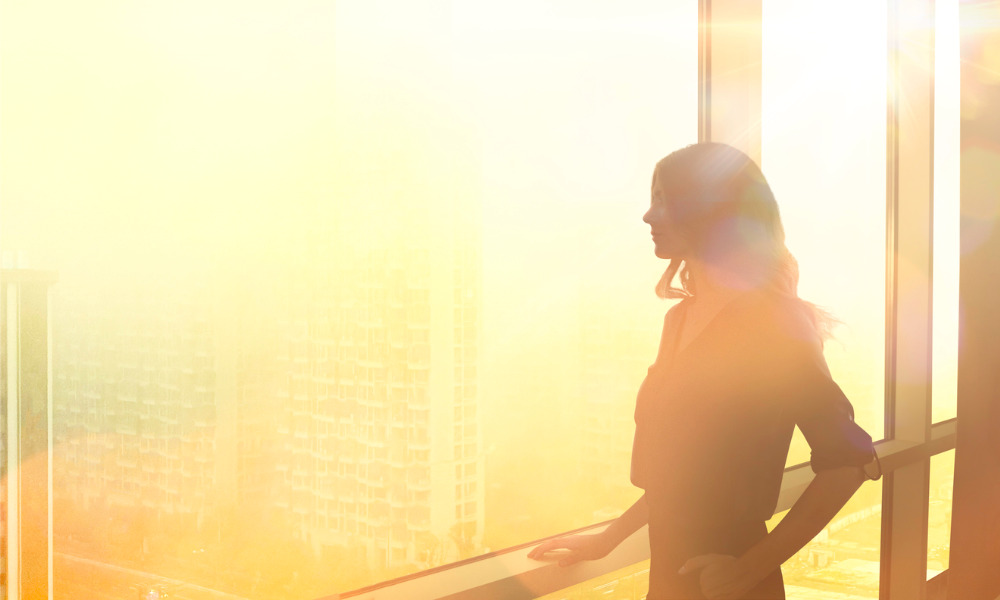 Today is International Women’s Day, which means it’s time to take a good hard look at how we’re progressing in terms of gender equity. The good news: there are even more females taking up lead roles in HR, legal and administrative departments. The bad news: women continue to be grossly underrepresented in other critical executive functions.

At last check in January 2021, Equilar revealed just how dire things were after studying publicly accessible information from top-performing US-based multinational corporations (MNC). The executive gender breakdown went something like this:

On top of the damning figures, Equilar found even more disparities in the exclusive world of executives. While we should acknowledge the relative gains made in representation among CHROs and chief legal officers, as well as some minor headways in information/IT and chief technical officer roles, there’s still a lack of females in positions that hold greater decision-making power and clearer pathways to the highest ranks of the company.

Read more: IWD 2020: Why are we failing to achieve leadership diversity?

Over the last decade, research showed that women remain underrepresented in roles that deal with the organisation’s business bottomline or profit-and-loss (P&L). The three executive roles with the lowest prevalence of women have been P&L roles – investment, sales, and heads of division. For instance, there were fewer women in investment executive roles in 2020 (2.4%) than there were at the start of the study in 2011 (7%). Meanwhile, 2020 saw only 8.2% of female division heads.

This matters because individuals in these roles frequently become CEOs. What’s more, P&L roles tend to get bigger paychecks than those in functional ones. CFOs, for one, typically fall within the top two or three highest-paid execs at a company, explained Equilar.

On the bright side, when it comes to compensation packages for the top rank, the gap isn’t too wide for executives. The study looked at median salaries for execs at MNCs in 2020 across a wide range of industries and found that:

Read more: This is the biggest roadblock for women in the corporate world 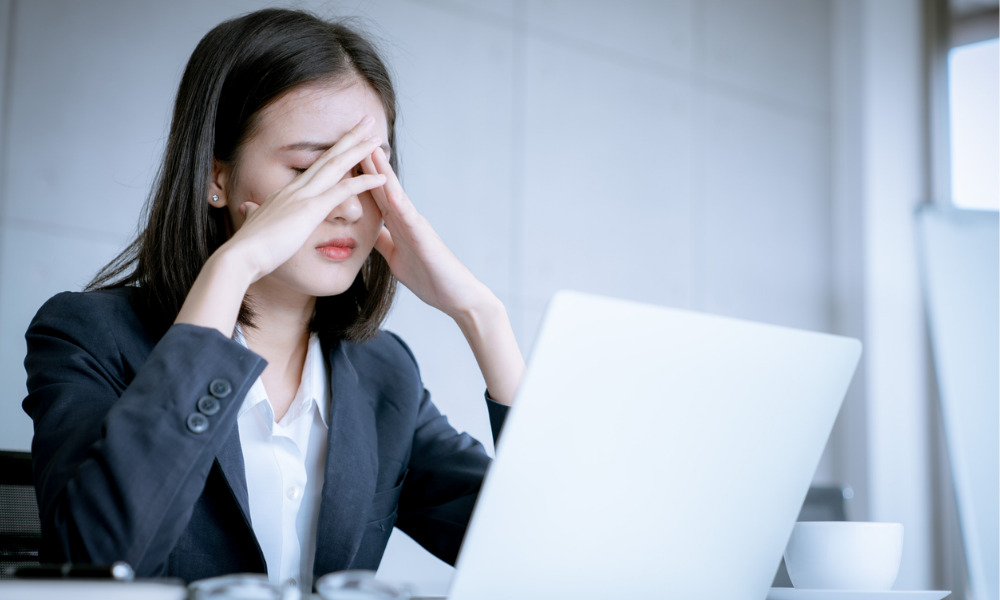 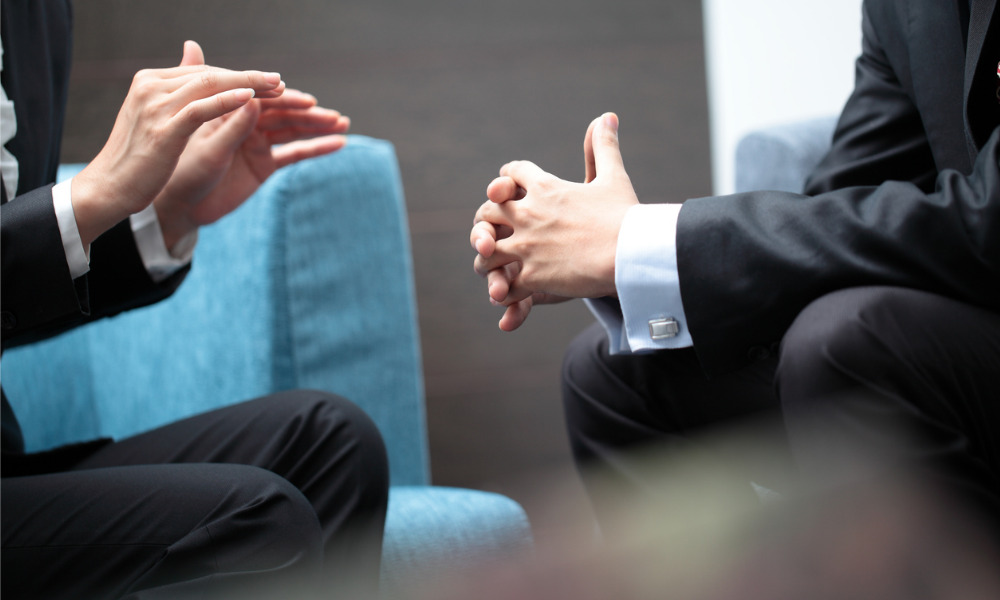 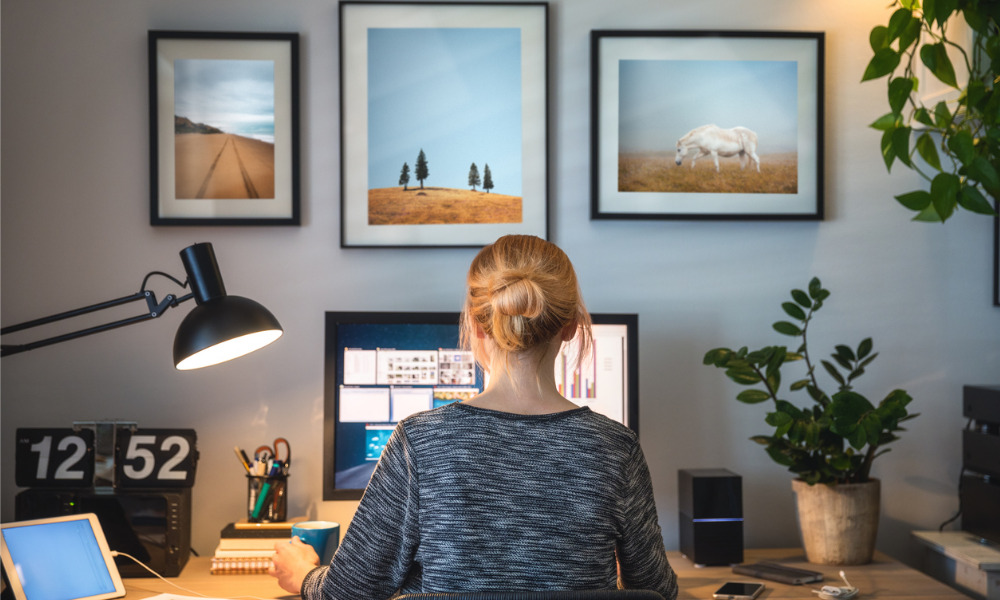 Why is there such a large gender gap in leadership?

Now if only there were fairer representation in the C-suite, because the healthy annual pay packages look like a good case study to show the progress we’ve made in achieving fair pay – at least at the very top.

But one might wonder, with all the global efforts by organisations like Lean In and the 30% Club, as well as massive PR campaigns by companies pledging to invest in policies and practices to achieve genuine inclusivity, why does the top rank still look like an ‘old boys club’? Do we need to consider an alternative approach to effect real change?

“I don’t think there’s anything different that needs to be done in terms of a radical difference or something really innovative,” said Georgette Tan, president at United Women Singapore (UWS). “It’s about the consistency and depth at which things get done and continue to be done that matters.”

UWS is a non-governmental organisation advocating gender equality and women’s empowerment, with a focus on building the pipeline of future female leaders. Tan also currently chairs BoardAgender, an initiative focused on increasing the number of women on boards. This was formed under the Singapore Council of Women Organisations.

Read more: There are no longer all-male boards on S&P 500

“Globally, we are seeing a lot more women appointed into leadership roles,” she told HRD. “I think the number of women who are now CEOs of the top Fortune 500 companies have certainly improved. Is it the number that we would like to see? No – it’s a work in progress.”

But what’s the magic number to achieve gender equity at the top? It used to be 30%. Now, she noticed that some voices are calling out for 50% representation or more.

“Or should we target beyond 50%? Because there’s always going to be fall out and attrition, so you need to target higher to achieve 50-50,” she said. “At the end of the day, it’s about [putting in] conscious effort. There is a shift in recognising that women can be very good leaders. [Diversity] is also obviously in the best interest of the organisation and from a business perspective.”

So what areas do we need to take a greater and more conscious effort in to continue fighting the good fight? It boils down to getting support all around – women need to support each other better and men need to be stronger allies. We spoke to both Tan and Jessica Simpson, HRD at Amgen Singapore Manufacturing, on their thoughts around allyship and mentorship and how to tip the scales even further.

More needs to be done to enable genuine, impactful allies, said Tan. This can start with the top leaders practicing accountability and transparency, as well as engaging in dialogue on topics that are important to minority groups of employees.

“It can start at the top where it’s a predominantly male leadership,” she said. “They can take the first step and ensure that they have those conversations. Lead by example. It should always be the question of, ‘what can I do to help?’”

Organisations must offer a work environment where women feel safe and confident to ask for help if they’re looking to advance their careers. And women should be encouraged to ask for help, whether to find the right path towards their career goals or just to figure out their options.

“It cuts both ways – women need to ask for help too,” she said. “They cannot sit back and wait for men to say, ‘I’m going to help you’. Go and ask leaders, men or women, to be your mentors and sponsors.”

Read more: Mentors vs sponsors – why employees need both

Simpson had personally benefited from having a mentor and sponsor through her career, which is why she believes leaders should ‘give back’ to employees. She especially believes in the impact women leaders can have on ambitious employees – even just as role models.

“I think [women] leaders don’t realise the power that they have,” she told HRD. “Helping the future generation of leaders can be as simple as reaching out to some of the newer people in the organisation, especially if you’ve had a similar role in the past.

“Just reach out and say, ‘I’m so glad you’re here and I’m here to help if you ever have questions. I used to be in that role.’ It’s about just opening the door and letting people know that you’re there.”

Above all, Simpson believes HR should put in place formal processes to enable staff to be more proactive and take charge of their careers, while also encouraging leaders to make time to be effective mentors.

“I've been pushing this concept of career maps,” she said. “Because I’ve seen that some of our new hires tend to feel that the company will take care of their career for them. And I want to shift that a bit. I think that as a company we have a very important role to play in helping staff to develop. But I also want staff to go in their career and own their destiny.

“I’ve been really pushing for staff and leaders to work collectively on a career map, so staff can really think about how they can progress their career and what opportunities they’re interested in. Also, we’re having frequent talent meetings, scheduling them quarterly or monthly as a leadership team to talk about how to move talent around, and particularly look at mentors and movement for our leadership teams.” 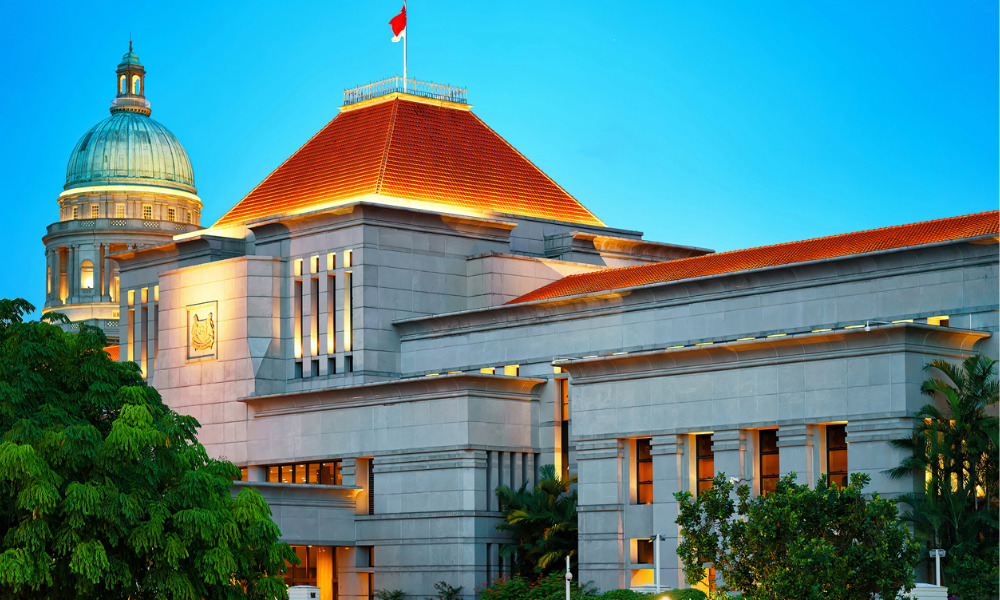 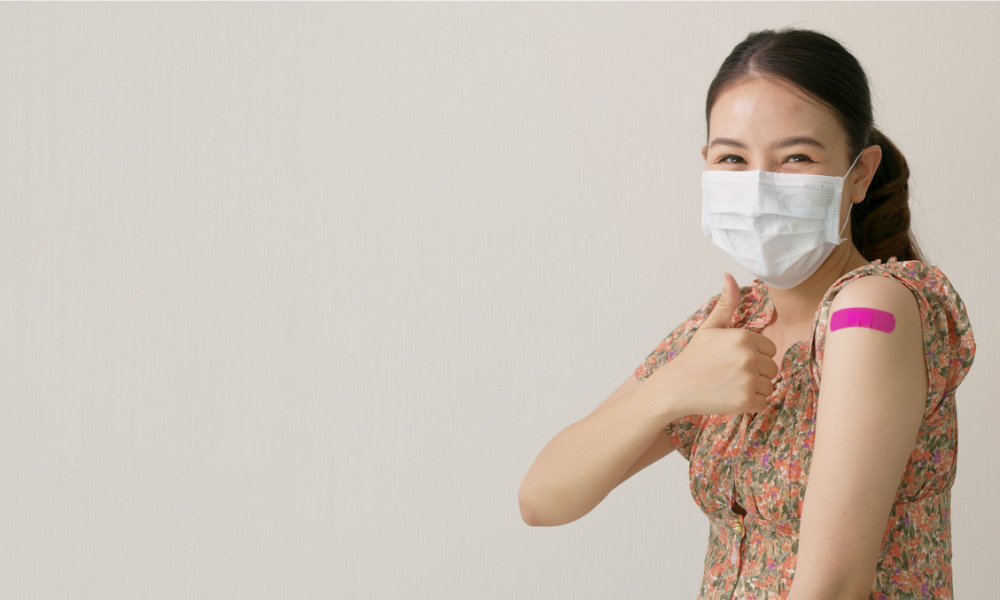 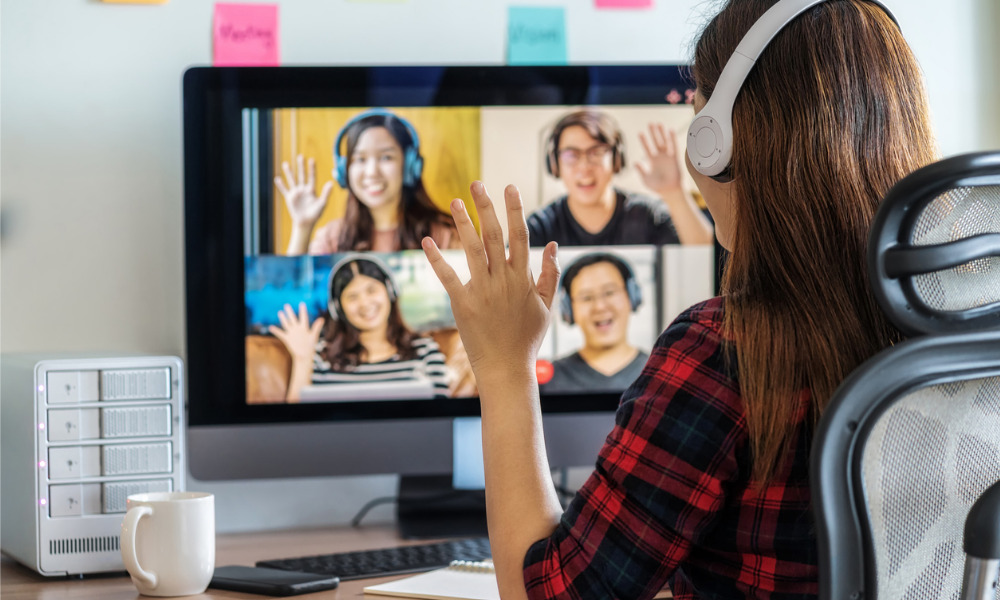 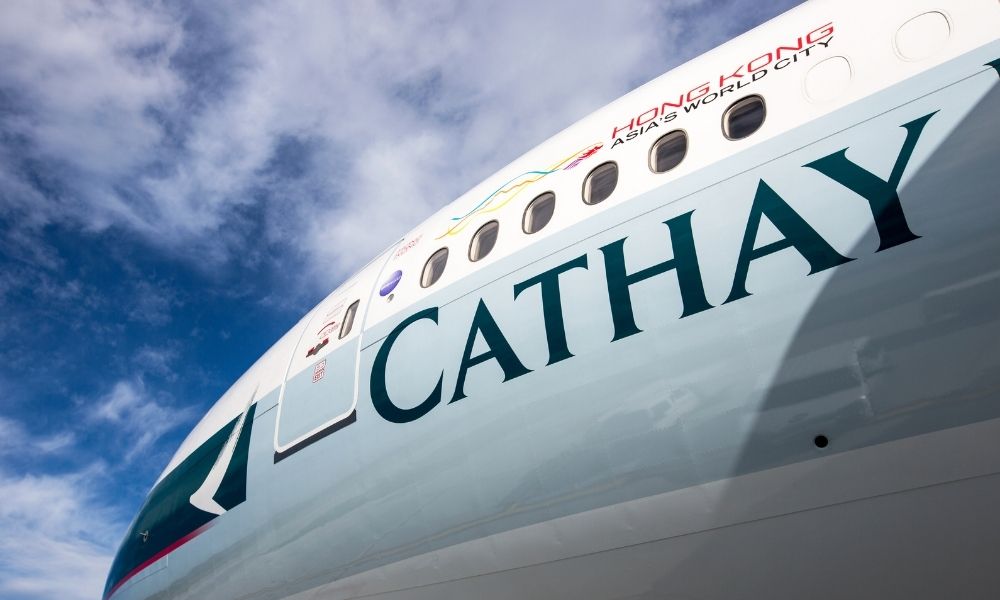