Six questions you should ask about workplace bullying 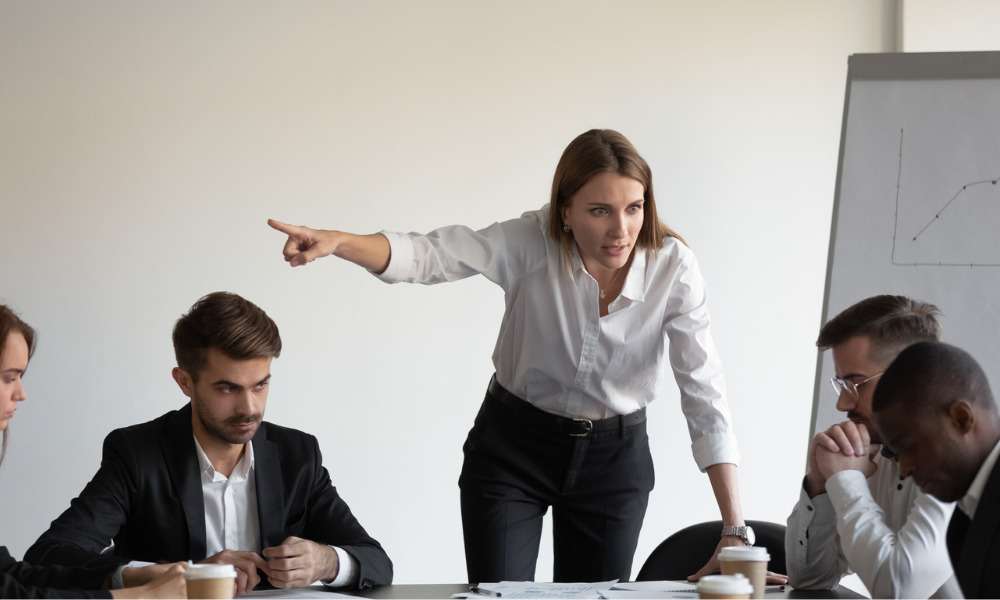 Bullying in the workplace is estimated to cost the Australian economy up to $36 billion each year, according to the Productivity Commission. But thanks to a lack of up-to-date research and underreporting of the issue, that figure is likely to be much higher.

Bullying contributes to higher rates of absenteeism, anxiety, depression and in some cases, psychological trauma that can lead to long periods of leave from the workforce. It’s bad for morale, bad for business, and most importantly, damaging for those bearing the brunt of it.

That’s why it’s imperative for employers and HR leaders to stamp out any opportunity for bullying before it begins. Here, HRD explores some of the key questions to ask about workplace bullying.

According to the Fair Work Commission, bullying in the workplace is when a person or group of people repeatedly behaves unreasonably towards another person or group, where that behaviour creates a risk to health and safety.

Speaking to HRD, workplace expert Maureen Kyne said there are various characteristics of what is constituted as bullying.

“It can be unreasonable behaviour but it needs to be repeated,” she said. “If somebody is screaming offensive language at me but they only do it once, it's not constituted as bullying even though it may make me feel really uncomfortable.

Read more: Bullying in NZ workplaces: How bad is it?

Bullying can vary from overt actions like behaving aggressively towards someone, to more subtle forms like excluding a colleague from a work-related event or meeting. It can also include teasing, pressuring someone, or putting unreasonable work demands on an employee. In an age of hybrid work where more people are working from home, cases of cyber bullying are also on the rise.

Is yelling considered harassment or bullying?

Under the Fair Work’s definition, yelling can be considered an unacceptable behaviour but to become bullying, it must be repeated and create a risk to health and safety, which includes psychological harm.

Of course, context plays a part in what can be seen as bullying, and definitions vary across the globe, Kyne said. While Australia has high protections for workers against things like shouting, which is likely to be considered unreasonable behaviour, in America for example, it’s far more widely accepted.

Equally, in an industry like construction, shouting may be a way to get someone’s attention in a noisy environment or stop someone from hurting themselves, so would unlikely constitute bullying. Ultimately, it comes down to whether the behaviour is unreasonable, repeated, and has impacted the recipient’s health and safety.

Reasonable management actions like taking disciplinary action or making a decision based on poor performance is not constituted bullying. But as always, employers must be sure to follow the correct procedures in place. If the actions are not carried out reasonably, then it could stray into bullying.

Equally, directing and controlling the way work is carried out is not bullying, according to Fair Work.

How does discrimination differ from bullying?

The main difference is that discrimination involves adverse action, where a person or group of people are treated differently or unfavourably because of a protected attribute, such as a person’s age, race, gender, sexual orientation or disability.

“Discrimination certainly has its own identity,” Kyne said. “And it's governed by many layers of legislation. It’s governed by the Human Rights Commission but also by the equal employment opportunity acts in each state and territory.”

Where can I get help if I’m bullied at work?

Approaching your manager and HR are the first ports of call when making a bullying complaint. Kyne advised employees to take detailed notes of any incidents, including a description and the date/time. Not only does it dissuade bullies from continuing their unreasonable behaviour, it records a repeated pattern of events and may become valuable evidence – particularly if their actions are largely non-verbal. Also keep records of all written communication.

Employees may also reach out to a health and safety representative or a union.  If the complaint is not taken seriously or the bullying continues, resources on the next steps are available online and organisations such as Legal Aid can offer advice. Employees may also be eligible to lodge an application for a stop bullying order through with the Fair Work Commission.

Can Fair Work give legal advice?