Is it illegal to dismiss someone via text message?

Terminating an employee via text message isn’t exactly best practice HR management, but is it actually against the law? 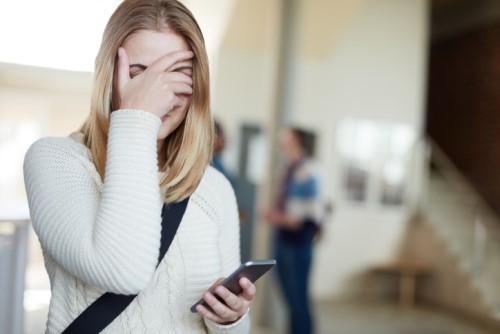 >Earlier in the year, HRD reported  the story of the restaurant owner and operator who had been penalised for his “deliberate and calculated” conduct in dismissing an employee by text message because she refused to accept below-Award wages.

In that case, the employer sent the worker a text message telling her she would be sacked, stating that the employment “was not working out” and that “technically you don’t work for us”.

But is it actually legal to terminate someone by sending them a text message?

Below, Vanessa Andersen, Partner, and Bronwyn Maynard, Special Counsel, at Maddocks outline the key points that employers should be aware of and the means of communication that should be utilised when dismissing an employee.

Given text messaging is part of our daily lives, it is not surprising that, from time to time, there is a temptation to avoid “hard to have” conversations about a decision to dismiss an employee by pressing the send button on an SMS.

Sacking an employee by text message is not illegal but could be unfair and provide an employee with grounds to challenge the dismissal. That difficult meeting will probably look easier (and more cost effective) than having to convince the Fair Work Commission (FWC) or other industrial tribunal that sacking by text message was fair.

The Fair Work Act 2009 makes it clear that an employer must not terminate an employee’s employment unless the employee has been given written notice of the day of the termination. A text message has been held to be a form of writing and so satisfies this obligation.

Indeed, a lot of people may rightly hold the belief that an appropriately worded text message does the same job as a formal letter and has the added bonus of being more likely to reach the employee.

Not illegal, but should be avoided

Sending a text message to an employee to notify them of dismissal should be avoided. While not illegal, it increases the risk that the dismissal will be challenged as being unfair. It can also be unnecessarily provocative and increases the risk of a disgruntled employee making a claim or their union lodging a dispute or taking industrial action.

There has been some commentary in case law, and media reports, about this issue.

In 2015, there was widespread media when the Maritime Union of Australia took issue with Hutchinson Port’s decision to send employees a text late one night, informing them of their last day of employment. The Union’s actual complaint was that the employer had breached the enterprise agreement by failing to adequately consult about the redundancies, but the Union was scathing of how the employees were notified. Communicating in this way compounded an already sensitive industrial issue.

In 2013, the FWC had “no hesitation” in finding that the dismissal of an employee, with 19 years’ service, was unfair. The employee received, without prior discussion, a short text saying that her services would not be required with immediate effect. The FWC said “the means of communicating [the] dismissal, by a brief SMS message, was brutal, gutless and outrageous”.

In 2011, the FWC criticised an employer who dismissed an employee by text on Boxing Day (having also sent a text on Christmas Day). The FWC said sending the text deprived the employee of any opportunity to respond, or to offer explanation about any issues that may have contributed to the dismissal decision, and also observed as follows:
If the decision maker is not prepared to deliver the message themselves, face-to-face, he or she risks creating the appearance that they do not have the courage of their convictions. The basis for the decision is immediately opened to challenge upon the inference that the decision maker did not have, in all good conscience, sufficient confidence in the decision to act with any conviction.

In an unfair dismissal claim, the FWC (and other industrial tribunals) ask two main questions: It is apparent from the cases above that if employers terminate an employee via text message they run the real risk of the FWC concluding that procedural fairness was not afforded.

Communicating in this way will also be likely to reflect negatively on the employer and enhance the scrutiny of the FWC on all of the steps that the employer took (or did not take) in making the decision to dismiss.

Is it ever OK?

Communicating a dismissal decision by text should be a last resort but may be acceptable in limited circumstances. For example, where there is a concern that face-to-face contact may involve some genuine prospect of aggression or violence, or the employee had engaged in gross and wilful misconduct and no possible explanation could alter the decision. It can also be necessary if an employee is unable to be contacted by other means.

In addition, communicating the final decision to dismiss by text may not render the dismissal unfair if the employer has otherwise ensured procedural fairness by allowing an employee to be heard prior to the decision being made. A good example is Martin v DecoGaze Pty Ltd where the employee was on leave and about to head overseas.

The FWC decided it was reasonable for the employer to want to deal with the matter before the employee’s return. After sending a text message telling the employee he had been instantly dismissed, there was a telephone conversation with the employee, and then the employer confirmed its decision in a letter.

The FWC concluded that the employee’s actions constituted misconduct, and that, even if a face-to-face meeting had been held, the outcome would probably have been the same. That said, as the employer was not a sizable one, we suspect a different conclusion may have been reached if the employer had more resources at its disposal.

Notifying an employee by text message that a decision has been made to dismiss them should be a last resort. All other practicable means of communicating should be exhausted and, only then, after the employer has afforded the employee an appropriate amount of procedural fairness.

To minimise the risk of a successful claim or unnecessarily worsening an already delicate situation, employers should adopt more traditional ways of communicating the decision, such as in a face-to-face meeting or written letter.