Gig economy companies: are they as ‘uber cool’ as they say? 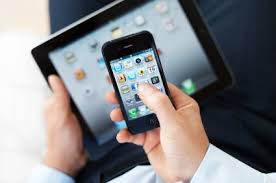 The ‘Gig Economy’ involves businesses that operate in an environment where they engage workers through digital means (usually via tablets or smartphones) to perform on-demand work for  short-term engagements.

Businesses like Uber, Airtasker, Deliveroo and Foodora are immediately recognisable in today’s media and have generated a significant buzz around not only what they do but how they do it. These red-tape busting and regulation avoiding businesses have also attracted a signifi cant degree of scrutiny from regulators in many countries, including Australia, the UK and the US.

The manner in which these companies engage their workforce has attracted much attention and debate as to whether the individuals performing the work are being paid fairly and according to law.


Are these individuals really contractors or are they employees missing out?
When these issues are brought before the Courts and Tribunals, they will look at a range of factors, including whether they are truly entrepreneurial in nature operating a business, contracting with others, using their own equipment, whether they can dictate their own hours and, finally, the degree of control they exercise over the work they perform. Uber recently received some bad news from the Employment Tribunal in the UK when it was held that a small group of Uber drivers were not contractors but were in fact Uber employees. In coming to that decision, the Tribunal considered the drivers’ lack of control over pricing and other requirements placed on them by Uber, such as preferred routes, meant that the drivers should properly be considered to be employees and not contractors. The result was that Uber was ordered to make back payments of employment entitlements for 20 drivers, including payment for each hour they received less than the minimum wage as well as other employee payments.

The attraction for Australian employers to the gig economy models is the same as that in the UK or the US. That is, if you employ contractors, the outgoings in terms of fees are usually less than paying wages and other employment entitlements to employees. Other benefits include reduced legal risk and other costs (often those ‘contractors’ must have their own insurances etc).

Is it worth it?
Many businesses that employ staff (usually one of the highest costs of running a business) might be asking themselves whether they should be looking to strategies that embrace the technology and ‘disrupting’ type of business models that we now see in Uber, Deliveroo etc.

The UK Employment Tribunal’s decision should cause Australian businesses to pause. Australian Courts and Tribunals continue to hear cases every year where businesses are regularly caught out (some innocently, others not so much) and they often end up wearing significant damages and penalties.

One of the most signifi cant Australian cases involved similar circumstances to Deliveroo and Uber. In Hollis v Vabu the High Court of Australia held that bike couriers in that case were in fact employees despite keeping their own hours and supplying their own equipment.

The Australian Fair Work Ombudsman continues to clamp down on businesses who avoid the costs associated with paying employees under workplace laws. The vigour with which the Ombudsman has pursued these cases has paid off in the Courts with a number of signifi cant decisions resulting in significant damages and penalties being awarded against businesses.

Deliveroo and Foodora have also recently been identified by the union and labour law firm Maurice Blackburn as being a target for them. The firm has indicated, “We think these companies are exploiting ambiguities in the law to underpay these workers and we are going to bring a case to make sure it stops.”

If you are a business looking to restructure your employment arrangements, then you must ensure any arrangements are structured in a way to best avoid the pitfalls that Uber has recently encountered in the UK.

Joe Murphy is a Director at Australian Business Lawyers & Advisors (ABLA). Serving business and only business, this legal and advisory firm is trusted by the Australian Chamber of Commerce and Industry and is the leading voice for industry in the Fair Work Commission. Call Joe on 1300 565 846 or [email protected] if you have any questions about matters raised in this article.