An employer has been ordered to pay a sacked worker who refused to join an office team building exercise. 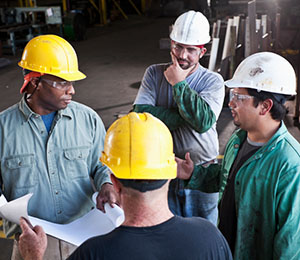 A Queensland employer that sacked a migrant worker after he refused to join an office team building exercise has been ordered to pay $8,500 compensation by the Fair Work Commission.

The company fired the 457 visa worker the day after he declined to participate in an afternoon “huddle” with his colleagues, despite the staff member claiming he was too ill to join in on the meeting.

Brisbane company, East Coast Bullbars, requires all employees to participate in morning and afternoon huddles, which usually take around five to 10 minutes.

The company says this practice gives workers the opportunity to reflect on their work and encourages greater efficiency and team-building.

But that afternoon, the employee, who was engaged as a metal polisher, refused to join the huddle despite being called out to several times by a manager, the FWC heard.

The employee says he had already clocked off for the day and was feeling unwell with a headache due to working in hot and humid conditions.

The next day he told management that he missed the huddle because he was feeling unwell, however his manager refused to believe him and sacked him on the spot.

"What you did was a sackable offence, and now you have been sacked. So you have lost you job right now," the manager allegedly told the employee.

FWC senior deputy president Peter Richards said during the hearing that the worker was "in all probability was being dishonest" by claiming he was too unwell to respond to his manager when called.

Richards labelled the workers' conduct "was a public display of insubordination, exhibiting a lack of respect for the employer's reasonable instructions and procedures and an unwillingness to be candid to his employer in its investigations into the matter".

Despite the employee also being subject a previous productivity warning, the FWC found his employer was not justified by sacking him.

"In my view, (the) conduct warranted counselling and a warning, and if repeated, a more serious response still,” Richards said.

“However, as an isolated incident, it was not conduct of a kind that was sufficient to cause a repudiatory breach of the employment contract," he said.

The FWC also heard that the worker may face hardship due to his dismissal, since his employment is subject to a section 457 visa.

These consequences were "serious and may affect his capacity to remain in Australia for purposes of building an income stream to support his family abroad and obtaining permanent residency eventually,” Richards says.

The worker was awarded $8541 in compensation.