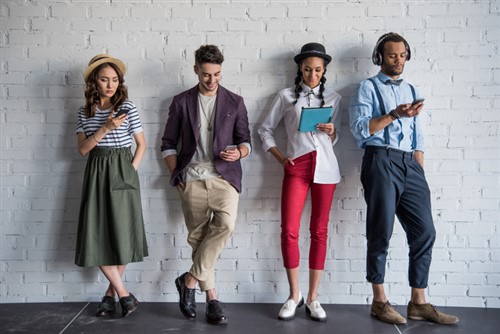 Gen Z is very different from the Millennial generation that organisations have been working to better understand and retain since they started entering the workforce in late 90s, according to Nintex Chief Evangelist Ryan Duguid.

“What this youngest generation wants is for their employers to support their career aspirations, regularly communicate in person and reward them as they achieve goals,” added Duguid.

Duguid’s comments come following a new study by Nintex on Generation Z employees in Australia that identifies their expectations for the workplace.

The study, “The Gen Z Effect in Australia: Understanding your newest employees’ views on work, corporate culture, automation and you”, surveyed those born between 1996 and 2012.

The research found that Australia’s “Gen Zers” are ready to engage and grow in a company provided they have direct supervisors who invest in their career development and commit to in-person meetings.

Moreover, the study finds that work flexibility is more important than salary for this generation. They also want to be part of an organisation that has automated processes and strong technology in place - or they will not stay for long.

In particular, there is a significant disconnect in what business decision makers believe drives Gen Z job selection and the reality.

While company leaders think that company values (54%), work flexibility (43%) and company culture (33%) are the top three determining factors in their job selection process, that’s not the case.

Thirty-seven percent of Gen Zers indicate that flexibility is their key determining factor in job selection, but salary (33%) and work-life balance (31%) follow closely behind.

Even though the stereotype may be that Gen Z lives through their smartphones, this study shows this generation in the workplace wants in-person coaching and feedback from their managers. Nearly 90% prefer in-person check-ins with their manager over virtual meetings.

More than half (54%) want every single check-in to be in person, rather than through collaboration platforms.

Decision-makers are supporting their youngest employees’ urge to share. Leaders universally (97%) say their companies offer a way for employees to make suggestions for process, technology or tools improvements; 39% say their company very frequently adopts new technologies when suggested by a Gen Z employee.

When Gen Z encounters tech problems at work, fewer than half (46%) say they’ll submit a formal request. Instead, the majority (53%) will take matters into their own hands.

Building on previous research from Nintex, America’s Most Broken Processes, Gen Z cites broken IT processes as one of the leading factors that would drive them to look for a new job sooner than planned, only behind finding a higher-paying job and lack of learning opportunities.

Additionally, because malfunctioning technology has such a significant negative impact on Gen Z job satisfaction, decision-makers should consider their approach to tech troubleshooting.

More than three-quarters (78%) of decision makers say Gen Z employees are more tech savvy than they are, and Gen Z picks up the slack as a result.

Nearly 90% of Gen Z employees have been asked to fix a superior’s tech issue when it is not their job, with about half (49%) saying this happens extremely often.

Gen Zers look inward to decide career path: Nearly two-thirds (63%) of Gen Z selected their university focus based on “personal interest” with only one-third selecting it based on preparation for a “specific career path”.

This emphasis on self-satisfaction is reflected in Gen Z’s view of their identity as well as their work.

After being asked how they regard the relationship between work and their personal identity, 31% of Gen Z employees say their job is their identity, so their work must embody their values and interests. Decision makers appreciate how Gen Zers’ desire for meaning at work may impact their longevity, likely because they feel the same way.

Forty-three percent of decision makers believe Gen Zers are likely to leave their job sooner than planned if they are not doing meaningful work. Fifty percent of leaders surveyed indicate they would leave their current job for the same reason.

Gen Z also sees AI offering potential, however job security concerns temper their enthusiasm. Ninety-two percent of Gen Z employees think AI and automation have the potential to make their jobs easier, but 64% of them also view these technologies as having negative job security impact.

The vast majority (95%) of decision makers see automation benefiting jobs, and also express more long-term concern. Eighty-three percent are concerned about the impact of AI on their job security, with 30% of those company leaders being “very concerned”.