Are your diversity policies empty promises?

Research has shown that employers are still failing to put diversity and inclusion initiatives into action – is your organisation one of them? 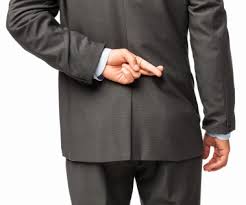 A s
tudy by AECOM and Robert Walters has found that diversity and inclusion (D&I) initiatives are becoming increasingly fundamental to an employer’s reputation and organisational success.

The research found that one in five workers would turn down a job if the employer failed to promote D&I at work, with more than half of those surveyed saying that they would be more likely to consider working for a company that promoted D&I policies.

Although 96% of the employers surveyed acknowledged that D&I policies were important to jobseekers, the researchers found that over a third of organisations are failing to promote such policies when advertising new roles.

According to the survey’s findings, almost half of Australian workers would be less likely to leave an employer if the company’s D&I policies were actively promoted at work.

However, 13% of the survey’s respondents said that D&I policies were never communicated at their workplace, while 36% felt that their company was not fully committed to promoting diversity at work.

While almost two thirds of employers said that D&I policies are completely integrated into their business strategy, 14% of employers felt that their organisation has no focus on creating an environment in which people from diverse backgrounds can develop.

Twenty-seven per cent of employers admitted that D&I policies only existed at their organisation for compliance purposes.

“[One] area of concern unearthed by the survey was that more than half of employers do not know if diversity and inclusion has been a contributing factor to an employee leaving,” said Sinead Hourigan, director of Robert Walters Brisbane. “We urge all organisations to include diversity and inclusion as part of the exit interview process, as this is a great way of identifying ways of improving D&I policies to drive the right outcomes.”

Respondents cited company culture as the biggest driver of D&I, with 81% of employers and 61% of employees putting it into the top spot.

Equality in promotions came in second for employees, while flexible working was the third biggest driver.

For employers, flexible working was deemed the second most effective driver of D&I, while equality in promotions was named the third biggest.

The research found that while 90% of respondents felt that their workplace was diverse in terms of age and ethnicity, 65% regarded their workforce as being diverse in relation to gender.

It was also found that a larger proportion of men felt that their company culture drives D&I.

While a quarter of men said that mentoring and coaching improves diversity in the workforce, just 19% of women said the same – women were more inclined to say that flexible working was a bigger diversity driver.

Who is responsible for D&I?

An overwhelming majority of workers and hiring managers said that action on D&I policies should be driven from the top, but two thirds of employers said that HR teams shared responsibility for D&I in their organisation.

HC spoke to Lisa Annese, CEO of Diversity Council Australia, about the promoting D&I in the workplace.

“I would really advise employers to continue to be generous with PPL,” Annese said in regards to the government’s announcement that Paid Parental Leave will be slashed by next year. “There’s an excellent business case for it, especially for women and encouraging them not be put off from taking maternity leave. I’d encourage employers to consider other forms of support for families, such as offering workplace flexibility as an enabler to balance work and family life.”

According to Annese, a lack of flexibility in Australian workplaces is an enormous issue.

“It’s not just about gender,” she told HC. “Flexibility is the one enabler that can support women or men who want to engage in their caring responsibilities alongside their careers – and for some, this is not a choice. Employers also need to remember that there are forms of caring other than parental duties, such as caring for an elderly relative.”

She added that flexibility also provides employees with the opportunity to manage personal issues such as disability or mental health.

“It’s the only way for employers to adequately create an agile workplace for themselves and their future while supporting employees with their needs around diversity,” Annese said. “It’s win-win.”

Plan your next steps

“With the right leadership, policies and culture, it improves the productivity and engagement of existing employees and helps attract new ones,” said Lara Poloni, AECOM’s chief executive for Australia and New Zealand. “However, diversity and inclusion initiatives alone are not enough; they need to be part of a holistic talent management strategy to deliver maximum benefit.”

Experts from AECOM and Robert Walters compiled the following guidelines for employers who are looking to up the ante on their D&I strategies:

Culture is key – While policies are important, it’s attitudes and behaviours that have the biggest D&I impact, according to 61% of employees and 81% of organisations

Actively promote D&I initiatives and policies in recruitment and retention – 43% of employees believe that if D&I policies are actively promoted, they would be less likely to look for a new employer