Caltex has been presiding over a non-compliant and unsustainable operating model, according to a new report 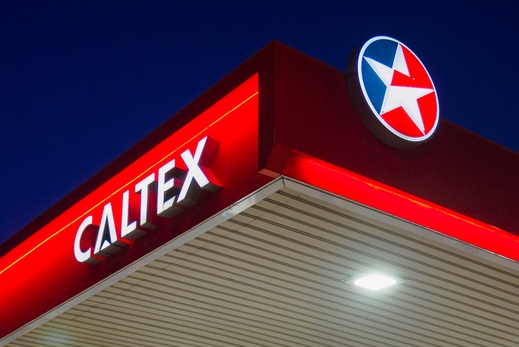 The latest Compliance Activity Report by the Fair Work Ombudsman shows a workplace non-compliance rate of 76% in the Caltex service network.

In light of this alarmingly high level of non-compliance across its retail fuel outlets it is not surprising that Caltex’s announced to the ASX last week that it will transition franchise sites to company operations, said Fair Work Ombudsman Natalie James.

The FWO commenced investigations into the network in late 2016 after receiving intelligence indicating an increase in compliance issues at Caltex outlets, including non-payment and underpayment of wages; cash payments made ‘off the books’; false records; and threats of termination or visa cancellation for any workers who complained.

Inspectors visited 25 retail fuel outlet sites operated by 23 Caltex franchisees in Brisbane, Sydney, Melbourne and Adelaide. Only six of these sites were found to be compliant with workplace laws, equating to a non-compliance rate of 76%.

In the non-compliant sites, inspectors found evidence of underpayment of wages, non-payment of overtime and penalty rates as well as record keeping and pay slip breaches.

There were also concerns about the accuracy of the time and wage records provided by non-compliant franchisees, with legal action being taken against two franchisees for allegedly providing falsified records.

The FWO alleges that in both cases the absence of accurate time and wage records prevented inspectors from completing audits and determining whether employees had received their lawful entitlements.

Inspectors also recovered a total of $9,329.85 in back-pay for 26 workers who were underpaid during a one-month assessment period.

James said the agency believes the figure would be higher if underpayments could have been accurately calculated, but with so many deficiencies in the outlets’ records it is impossible to be sure of the true extent of the wage rip-offs.

“A large number of employees at the audited sites are young and migrant workers, cohorts that we know to be particularly vulnerable to workplace exploitation and reluctant to complain about mistreatment,” said James.

“Sixty per cent of the 194 employees the Fair Work Ombudsman obtained records for were visa holders and nearly 26 per cent under the age of 24.”

The investigation also found that a contributing factor to the high rates of non-compliance was that 17 of the 23 franchise operators were from non-English speaking backgrounds with minimal knowledge or experience of Commonwealth workplace laws.

James said these factors, when paired with low-skill work in competitive markets, escalated the risk profile for the network.

“Caltex should have recognised this in its business model by ensuring franchisors properly understood their obligations and conducted monitoring to assure itself that obligations were being met,” said James.

“While Caltex claims it had a practice of carrying out annual reviews and audit processes to ensure compliance with the law, it is clear these checks were inadequate and failed to properly consider the dynamics at play in its business.”

James said throughout the investigation, the FWO had offered Caltex the opportunity to enter into a compliance partnership with the FWO but Caltex had failed to commit to the proposal or discuss it in any detail.

“The Australian public expects nothing less from such large and reputable companies, and recent changes to the law mean that in some circumstances franchisors or holding companies can now be held liable for breaches or underpayments by their franchisees,” said James.

Caltex has announced it intends to convert all its franchised service stations to company-operated stores by mid-2020.

James has called on Caltex to engage seriously in the offer of a compliance partnership so that the regulator and the Australian community can be confident Caltex is operating openly and honestly.