Can you legally refuse to hire a criminal?

HR professionals who choose not to employ someone because of a dark criminal past need to navigate a web of state, federal and international obligations. 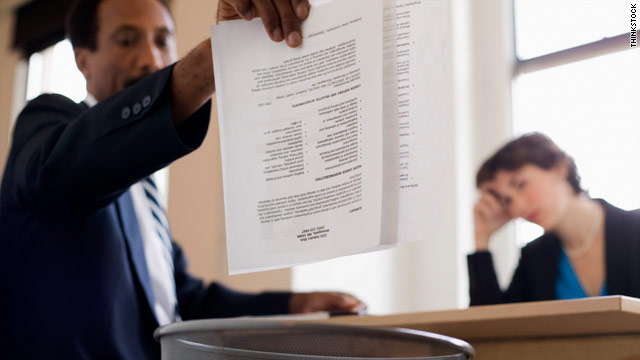 Employers that refuse to hire someone on the basis of their past criminal convictions could be violating international obligations, legal experts say.

While discriminating against a job applicant because they have a criminal history is not unlawful under federal anti-discrimination law, McDonald Murholme lawyer Trent Hancock says this form of discrimination is prohibited by the International Labour Organisation Convention 111.

The Convention is a schedule to the Australian Human Rights Commission Act 1986, giving the AHRC the power to investigate any discrimination complaints and alleged breaches, and prepare reports for the Attorney-General which must be tabled in Parliament.

Employers can then be ordered to take remedial action as a result of the recommendations of this report, Hancock told HC Online.

“This is not the case however in the other states and territories,” Hancock says.

So while the HR professional may have a personal moral objection to hiring a former criminal, even if their conviction is unrelated to the position, they must be mindful that this does not turn into discrimination.

“A personal moral objection becomes discrimination when a person is treated less favourably than others as a result,” Hancock says. “Discrimination is only unlawful however when it is based on an attribute that is protected at law (i.e. age, gender, race etc.).”

However, if the person is already engaged with the company when HR finds out about their prior convictions, the employer may be able to terminate their employment and avoid an unfair dismissal claim.

Hancock says much depends on the state legislation the company is bound by, and the length of time the person has been under its employment.

While in Tasmania and the Northern Territory an employer is not within its rights to terminate an employee on the basis of an irrelevant criminal record, in all other states and territories a dismissal on this basis does not constitute unlawful discrimination but may still however constitute a breach of the ILO Convention.

“In these states and territories, if the employee has only been working for a few weeks, they will not otherwise be protected by unfair dismissal laws and therefore will have little legal recourse to challenge the dismissal (save for a complaint to the Australian Human Rights Commission which can simply compile a report and make non-binding recommendations),” Hancock says.

If discovering that their employee is under investigation for a criminal activity, HR professionals must avoid “knee-jerk” reactions, as this could result in a costly legal battle for the organisation, Hancock says.

“An employer should never dismiss employee simply because it has discovered the employee is under investigation for non-work related criminal activity,”

He says it is essential however that the employee is afforded procedural fairness and is not presumed to have engaged in criminal conduct until proven guilty.

“For example, should an employer dismiss an employee for being a suspected paedophile and a police investigation determines that any sexual intercourse that was engaged in was lawful, the dismissal may have contravened state anti-discrimination laws which prohibit discrimination on the basis of lawful sexual activity,” Hancock says.

However if an employer has genuine concerns that the employee is a risk to other employees or the business more generally, it can suspend the employee with pay while an investigation is completed.

In the recent well publicised case of James Deeth v Milly Hill Pty Ltd [2015] FWC 6422 in which an apprentice was dismissed by his employer without due process after being charged as an accessory to murder after the fact and being released on bail.

Having a suspicion or personal dislike against a “creepy” co-worker isn’t enough to constitute grounds for firing them either, Hancock says.

Employers must have a valid reason related to performance or conduct before firing an employee, to avoid unfair dismissal claims.

“A mere perception held by others that the particular employee is "creepy" does not constitute any form of unsatisfactory performance or misconduct unless the employee has contributed to the perception in some way (e.g. by sexually harassing other staff members or making inappropriate comments),” Hancock says.

“If the perception is unrelated to any actual misconduct on the employee's part, a mere discussion with the employee as to how their behaviour is perceived might be helpful,”

Hancock’s Top Tips for HR professionals when dealing with criminal investigations and past convictions in the workplace include: