Performance appraisals can prove stressful for some 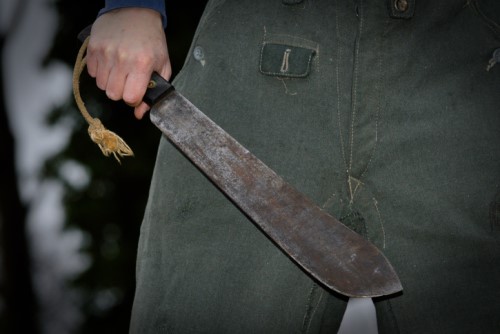 A routine performance appraisal at a hospital in Sarawak, Malaysia became an eventful one after a staffer allegedly attempted to attack his supervisor with a machete over a “bad” score.

The hospital administrative assistant was not satisfied with an 80% from his supervisor. He had previously received an 87%. He then allegedly confronted the supervisor to dispute the case.

He was detained after his boss lodged a police report.

According to police, the supervisor had initially approached his staffer to discuss the issue but was ignored. He then allegedly unsheathed a machete and attempted to attack her. However, his blows were blocked by a colleague who was at the scene. Nobody was injured in the process.

Police also heard that the two had a misunderstanding at work prior to the incident, although the matter was resolved. The employee has been working with the supervisor for about two years, reported Bernama.

Performance appraisals can be stressful for both the manager and staffer. In another similarly outrageous incident, an airline worker in Mumbai made a false bomb hoax to his employer after he was reprimanded for poor performance.

It was reported that he wanted to teach the employer “a lesson”. The call made for the bomb threat was traced to his home and he was subsequently arrested.