Should executives be concerned about their health? 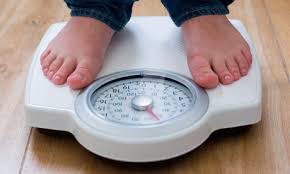 Previous studies show that unhealthy employees earn less than their thinner colleagues, and are often the target of discriminatory behaviour during employee selection and job training.

But what if we look specifically at senior executives? How are unhealthy C-suite leaders affected?

“Overweight employees, in general, are often the targets of discrimination, but research hasn’t confirmed whether overweight senior executives — who have plenty of power and prestige — are subject to the same sort of biases and discrimination,” said Phillip Braddy, research scientist at the Center for Creative Leadership (CCL).

Researchers from CCL, in collaboration with other universities, studied the impact that appearance has on how executives are perceived in the workplace.

Their key findings include:

•    body size had no correlation to conscientiousness or extraversion. Overweight executives reported being just as hardworking and sociable as their thinner peers

•    being younger lessened the negative impact of the obesity stigma

“Our research shows that weight is a negative status characteristic that can have an adverse impact on the leader performance ratings of all leaders and executives, despite the fact that overweight leaders report being just as hardworking, energetic, assertive, and sociable as other leaders,” said Braddy.

The findings were especially alarming, Braddy continued, because those surveyed – peers, employees, superiors – were the executives’ longtime co-workers and “should not have been easily influenced by negative stereotypic beliefs.”

He suggested executives proactively address the stigma by emphasising their ambition, drive and energy.

Chances are that unhealthy-looking executives will also find their size affects their 360 assessments or subjective performance review ratings, particularly if the assessments are linked to their pay and bonuses.