An employee who has been seriously injured and away from work for a long period may not be fit to resume a physical role, even if their doctor has given them the all-clear. When can you question a worker’s medical clearance? 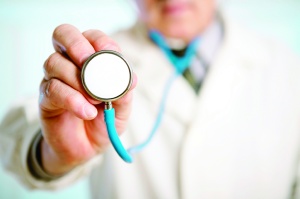 If
an employee has been off work with a serious injury, getting medical clearance to return to work may not mean they’re really ready to resume a physically demanding role.

In a recent case, a boilermaker who suffered a shoulder injury and was away from work for eight months faced disciplinary action when his supervisor asked him to attend a fit for work assessment and he refused.

The employee had already received medical clearance from both his GP and his surgeon, but both the certificates were general and did not detail the nature of his injury or the rehabilitation he had done.

His supervisor was not satisfied that he could safely return to his physically demanding job and told him to attend the assessment with a specialist occupational physician, chosen by the company, who knew the demands of the role.

The employee refused to attend and was warned he would face disciplinary action, which ended with him being dismissed.

The Full Bench of the Fair Work Commission found that the company had the right to direct the employee to the assessment under the circumstances and it had a valid reason to terminate his employment when he refused.

Trish Low, national leader - equal opportunity and training at Herbert Smith Freehills, told HC that employers do have the right to question an employee’s medical clearance in certain cases.

“If your employee is cleared to come back to work but you're genuinely worried that it's not safe for them to do so, you can get a second medical opinion. You do have the right to direct them to a medical professional and you can choose the doctor.

“That means you can fully brief the doctor on exactly what the role requirements are and what the work environment is so that they properly understand what the employee is getting themselves into. That gives HR assurance that they're not going to be putting the employee's health at risk by having them come back.”

Low said that if an employer allowed an employee to return to work when they weren’t fully fit for duty and they reinjured themselves or exacerbated their existing injury, the employer was liable from a workers’ compensation point of view.

It could also impact on other workers if the injured employee wasn’t able to carry out their duties safely, she said.

It could create liability issues, risk to the employee, risk to other workers and could damage a company’s reputation as a safe employer.

“You can warn an employee that they might face disciplinary action if they refuse your lawful and reasonable direction to go and see another doctor. It's not just that you've got the right to tell them to go, if they refuse, you can follow through with the consequences,” said Low.

“It's helpful for HR and managers because you often see really general, one-line medical clearances - the classic, 'You're fit for full duties' - and it leaves HR and line managers worried that the doctor who issued the clearance might not really appreciate the demands of the role or the particular work environment, so they can't properly assess whether it is safe for the employee to go back to work.”

Low said that if an employee had medical clearance from a doctor who had been fully briefed on the role requirements and had cleared the employee as fit to go back to the job, it would not be reasonable for the employer to second-guess the medical certificate.

“But if you're getting a one-line clearance and you've got no comfort that the doctor really knows what the role is about, that's when it's reasonable to be worried about clearance. In that case, you're going to have the legal right to ask them to see another doctor.”

Have you ever had to question an employee’s medical clearance?