Are D&I initiatives up to the task?

Google may have algorithms down pat, but one challenge remains harder to resolve: gender equality 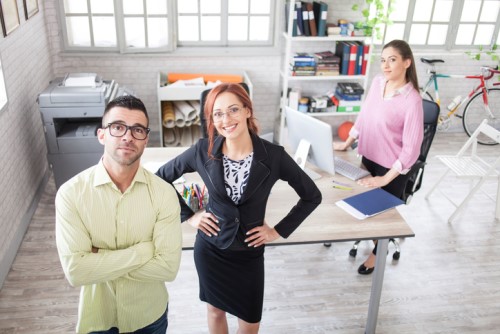 "Distribution of preferences and abilities of men and women differ in part due to biological causes and that these differences may explain why we don't see equal representation of women in tech and leadership."

He also suggested that women "prefer jobs in social and artistic areas" while more men “may like coding because it requires systemising" and “have a higher drive for status”.

For Google and the broader tech industry, it’s the latest in a long line of incidents relating to sexism and biased attitudes towards minority groups.

"Our job is to build great products for users that make a difference in their lives. To suggest a group of our colleagues have traits that make them less biologically suited to that work is offensive and not OK," commented CEO Sundar Pichai.

In June, Google voluntarily released workforce demographic data as part of its efforts to create a more inclusive culture – a process that employees such as senior vice president of corporate development and chief legal officer, David Drummond, say has been “slow but real”.

The stats show that while the percentage of women at the company (31%) is increasing, men are still overrepresented, especially in tech (consisting 80% men) and leadership (75% men) roles. A related issue is the fact that 57% of the company’s American workforce is white.

The company also announced that Danielle Brown will become Google’s new vice president of diversity. Brown previously worked as the chief diversity and inclusion officer at Intel. Brown released her own memo, which stated:

“Google has taken a strong stand on this issue, by releasing its demographic data and creating a company wide OKR [objectives and key results] on diversity and inclusion. Strong stands elicit strong reactions. Changing a culture is hard, and it's often uncomfortable. But I firmly believe Google is doing the right thing, and that's why I took this job.”

Brown added that part of building an open, inclusive environment means fostering a culture in which “those with alternative views, including different political views, feel safe sharing their opinions”. However, “that discourse needs to work alongside the principles of equal employment found in our Code of Conduct, policies, and anti-discrimination laws”.

While many observers disagreed with Damore’s sentiments, others applauded him for calling out the fact that D&I initiatives can be less than effective. The reaction from Google – Damone was dismissed, which he claimed was for "perpetuating gender stereotypes" – was also criticised, with some citing it as the latest example of “politically correct authoritarianism creeping into every level of society”.

Lance Hodgson, marketing manager at Mentorloop, told HRD that it wasn’t surprising to see more controversy surrounding what is obviously still a “plaguing problem” in the tech sector.

Hodgson has himself criticised D&I initiatives in the past, and says that many people are “disillusioned and frustrated” with them.

“The discrepancy between the investment and attention on D&I and the tangible evidence of progress is frustrating – mostly for the marginalised groups who are most impacted by the systemic discrimination but also for many other people inside of these organisations who would love to work in a more diverse workplace but continue to see initiatives fail.”

Hodgson added that although the assumption the Google employee made isn’t a correct one, his logic isn’t too far-fetched. “All of this investment, effort and time with little to no avail. There must be something more biological at play, right?”

Gender stereotyping is one of the root causes of bias in the tech sector. With male-female stereotypes deeply engrained in even the most self-aware person, it doesn’t take much for these attitudes to snowball. Hodgson says small unconscious biases skew early representation at tech companies, which then compounds and results in the poor diversity statistics often seen at later stage companies.

He adds that, in his view, few companies set out to make their workplaces intentionally unappealing to women or families. However, women use mental shortcuts and contextual cues to make decisions – like all humans – and are often discouraged from applying/interviewing at certain companies and in certain roles as they feel the very real pressures of imposter syndrome: feeling like an outsider or ‘fraud’ in a male-dominated ecosystem.

“Unfortunately, most tech companies only become concerned with diversity and inclusion once they are somewhat established,” says Hodgson. “And at that point, it’s often too late to reverse these deeply seated trends.”

While well-intentioned, many of these programs exacerbate existing differences by further segregating the people who are different in an attempt to help them – instead of focusing on breaking down the systemic and artificial barriers to integration which created the problems in the first place.

“Cross-departmental meetings are conducted to align teams around common goals and communication, and yet diversity programs are created in a vacuum where communication between participants and nonparticipants is nil – and there is no common goal,” says Hodgson. “As has been proven time and time again in study after study, the way to overcome artificial differences – which these are – is to find commonalities and shared pursuits.”

While Hodgson conceded it’s easier said than done, he suggests creating programs where interaction is not just encouraged but becomes a normal everyday practice. This then creates a truly sustainable, beneficial, and diverse culture.

“Current programs and initiatives do play a role; they serve as interim and helpful bandages while we work towards a more holistic approach,” he said.

“As a sector and as a people, we need to evolve from providing sporadic and sometimes perfunctory diversity and inclusion programs, to addressing the entire funnel systematically – from education all the way through to upper management.”

As employees themselves and leaders in the D&I space, HR professionals need to be aware of their own unconscious biases, and make conscious decisions accordingly. And it shouldn’t be hard.

As Hodgson points out, countless studies point to the fact that gender diversity – as well as ethnic diversity – results in better organisational outcomes. “There is a strategic and fiscal responsibility as well as moral obligation to solve for the bottlenecks that inhibit diversity,” he said.