Absences are common, but when days turn to weeks what should an employer do? 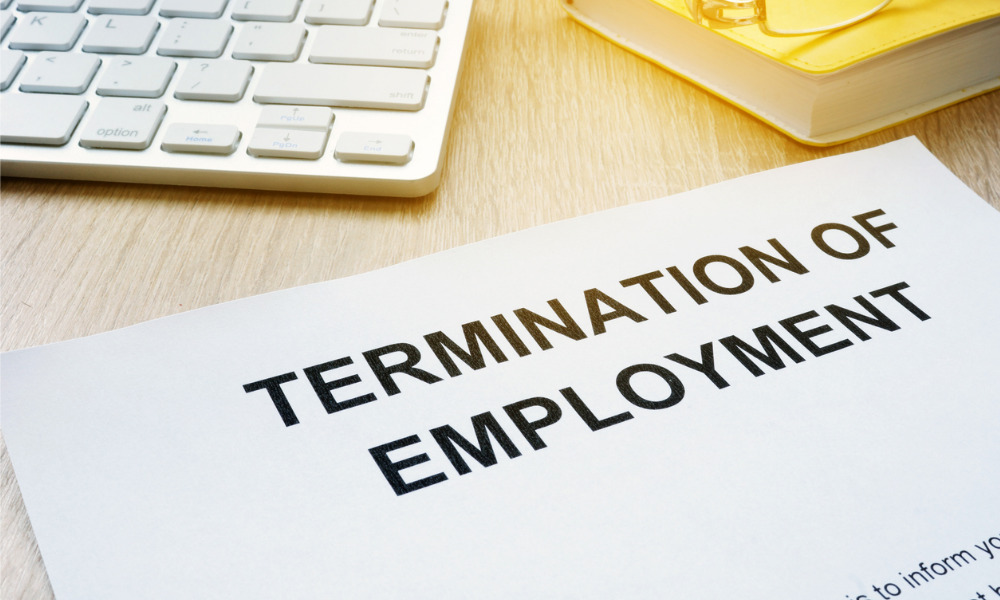 Long term absences from a workplace are not uncommon. We can all likely think of a time when a colleague has been missing for a protracted period of time; a dried up, neglected pot plant forlornly left behind on their desk, perhaps with a coffee cup that should have been washed up weeks ago. We may ourselves have been away from the office for an extended period too. And this situation of course happened even before the additional complication of the COVID-19 pandemic and the extra absences it has generated as workers try to cope with a so-called ‘new normal’.

With life arguably becoming ever more stressful, the chances are that we may all at some point take unexpected time off work. But where do employers and employees stand legally when this happens? When can the contract of a staff member be terminated following long-term absence?

The Australian Government’s Fair Work Ombudsman recognises that there are occasions when employees can't work for longer periods of time because of an illness or injury. It advises that those who can provide evidence of this are protected from being dismissed if they’re away for less than three consecutive months or less than three months in total over a 12-month period or are still using their paid sick leave.

An employee is no longer protected from being dismissed because of their absence, even if they can provide evidence, if it is more than three consecutive months or more than three months in total over the last 12 months, and they've used all of their paid sick leave. Staff who use paid sick leave the whole time can’t be dismissed by their employer because of their absence, regardless of how long they're on leave.

Even after an employee has been absent for more than three months and used all of their paid sick leave, they may still be protected from dismissal for other reasons. For example, additional protections may apply under state and territory workers compensation and rehabilitation laws. Their boss must still follow the appropriate rules for carrying out a dismissal and they may challenge the termination of their employment by making an unfair dismissal application if the reason for the dismissal is harsh, unjust or unreasonable. They can also make a general protection claim if the reason for the dismissal is another protected reason or an unlawful termination claim, which is a claim under a state or federal anti-discrimination law.

“Each case would have to be considered on its own merits,” reflects Zana Bytheway, executive director at JobWatch, an Australian organisation supporting over 16,000 workers’ rights. “Where an employee chooses to put in an unfair dismissal claim because they’ve been dismissed for absences, an employer would need to provide evidence that they had made an effort to contact the employee during their absences to find out where they are and ensured there were no extenuating circumstances that would reasonably justify the absence, for example the employee was unexpectedly in hospital.”

A firm would also have to show that they had Issued formal warnings that future unexplained absences would be grounds for dismissal, Zana explains. “While employees should certainly aim to be in contact with their employer if they are absent without leave, employers must ensure that they follow due process before summarily dismissing an employee,” she adds.

Sherridan Cook, a senior employment partner at leading New Zealand commercial and public law firm Buddle Findlay, acknowledges that some companies may be hesitant about contacting a staffer who’s absent because they don't want to invade their privacy. “My advice always to employers if employees are away on long term sick leave, if they’re away for a few weeks, you stay

in touch with them and find out what’s going on,” he offers. “It’s affecting an employer’s ability to carry out their business and they’re entitled to know what their employee’s prognosis is.”

But what if one of your team just disappears without explanation? “It’s not common for the employee just to go awol and not get in touch to provide some form of excuse,” Sherridan says.

“Communication is key and the employer does need to go to reasonable lengths to contact the employee, by email, by phone, over the course of a two or three week period. I’d also recommend that you send a letter by courier to their home address. So you can say, well look, we took all of these steps to contact them over a two or three week period and they didn't respond so we had no choice but to terminate their employment period. An employer who communicates well with their employee will always look good in the courts.”

Few cases go that far though. With compensation payouts running into tens of thousands of pounds, mediation is widely used and, as Sherridan Cook points out, up to 95% of cases settle without both parties having their day in court.