How to proactively stamp out workplace sexual harassment 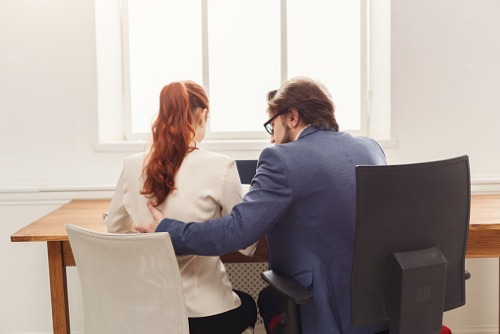 No workplace – big or small - is immune to sexual harassment, according to Senior Employment Relations Adviser Isabella Zamorano.

“It’s time for those at the top of every business, even small business owners to take strong action against sexual harassment in the workplace.”

According to Zamorano, it is unfortunate that it takes shocking news headlines and important research reports to spark necessary dialogue about the implications of unwanted sexual advances in the workplace and extensions of the workplace.

The retail and accommodation and food services industries were found to have higher rates than the national rate with 42% and 39% respectively.

The survey had more than 3,000 participants and revealed that female members were more likely to have been sexually harassed in the workplace (46%) than male SDA members (29%).

The Report found over half (54%) of SDA members who completed the survey, had been exposed to workplace sexual harassment in the last five years, either by experiencing it personally, as a bystander, or both.

The most commonly experienced type of sexual harassment behaviour for both SDA members (24%) and those in the working population (19%) was sexually suggestive comments or offensive jokes.

The findings also show that workplace sexual harassment is not exclusively experienced from employee to employee or manager to employee (vice versa), but by customers or patrons in the workplace.

One in five (21%) SDA members said they had been sexually harassed by a customer in their current job, with female SDA members more likely to have had this experience (28%) than their male counterparts (11%).

Of all workplace sexual harassment incidents experienced by SDA members in the last five years, one in three (36%) involved a customer as the harasser.

Female retail workers under the age of 30 were most likely to be harassed, making up 46% of all victims of customer related harassment. Of everyone in that age bracket who reported being sexually harassed, they revealed it happened, on average, seven times in the past year.

“The matter highlights that at all levels, professions and industries, sexual harassment is a risk and cannot be taken lightly – not only for the victims but for the businesses that also risk reputational damage and disruption.’

Zamorano urged businesses to be proactive in dealing with sexual harassment. “Don’t wait for a crisis, act now.”

Zamorano added that there are four key activities employers can take to proactively stamp out sexual harassment in the workplace:

If you haven’t already, formalise a zero-tolerance stance on sexual harassment in your policies and procedures. With your position clearly defined, articulate it to employees through every communication method available to your business. Every staff member — both incoming and existing — should be aware of your company’s policy on sexual harassment, and how sexual harassment is defined in your workplace.

While your sexual harassment policy can outline the standards of acceptable behaviour and conduct, training will help your employees retain the information and speak up to report incidents. Employees come from a vast range of backgrounds, beliefs, cultures and ages. Training sets out in very clear terms the type of behaviour that is unacceptable in the workplace.

Making a claim of sexual harassment can be daunting and deeply personal. Often, many victims stay silent out of fear that it will harm their careers or label them as troublemakers. It’s important that employees are aware of the process to make such complaints, and that their information and details will be treated seriously and confidentially.

It is up to victim whether they consider a particular incident as a form of sexual harassment. Even if the incident took place out-of-hours, outside your workplace – or even if you don’t find the accusation personally offensive – all claims must be properly investigated.

Sexual harassment is set to take greater prominence in the world of employment relations and it’s important that you have the relevant policies and procedures in place to protect your people and your business.

It’s time for business leaders to be proactive and lead the path to change.