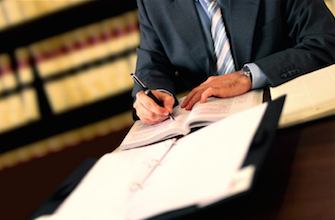 Ventia Utility Services is facing enforcement action by the Fair Work Ombudsman after a group of overseas workers was threatened with dismissal if they joined a union.

In a statement, the Ombudsman said the NSW-based services firm had shown “sincere regret” and agreed to overhaul its recruitment practices.

During recruitment, candidates were required to sign two contracts: a binding employment agreement with Thiess and a Master Employment Contract (MEC) with Prime which legally allows Filipino nationals to work outside the country.

The workers were employed by Thiess on 457 visas after arriving in Australia in 2013. They were hesitant to join a union because one clause in the MEC permitted the firm to terminate staff engaged in union activity.

After being redeployed or made redundant in October 2013, 10 workers contacted the Electrical Trades Union (ETU) which raised concerns with the Fair Work Ombudsman and Thiess, and claimed the MEC violated the Fair Work Act.

Thiess told the Ombudsman it did not know the affected employees had signed the MEC and said Prime acted without prior authorisation.

The firm sent out a letter of apology to the workers in October 2013, withdrawing the clause and assuring staff that union membership would not be punished.

In its investigation, the Ombudsman discovered that Thiess had signed a blank MEC in February 2011 which Prime had later used as a template for future staff contracts.

“While this issue seems to have arisen because of poor governance rather than a deliberate attempt to deprive these workers of their rights, it was none-the-less in black and white in the employment contract and created genuine anxiety among the workers,” she said.

She added that the MEC was misleading by claiming the firm could terminate employees for union membership.

“The right of workers in Australia to join, or not join, a union … is a fundamental freedom enshrined in the statute books, and we expect all workplace participants to uphold these rights. In the event that they do not, we take our role in upholding these laws very seriously,” James said.

Under the Enforceable Undertaking signed by Ventia, the firm is required to:

HC reached out to Ventia, which declined to offer further information.