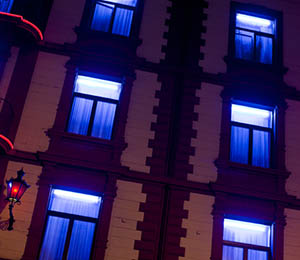 A b
rothel receptionist’s victory against her employer as a result of an adverse action ruling is a timely reminder for HR to respect the rights of employees.

The Federal Circuit Court of Australia recently found Melbourne brothel –Daily Planet - had taken adverse action against a receptionist that had worked there from 2008 until 2011, until she was dismissed by the brothel’s owner.

The adverse action involved threatening to alter her employment arrangements, threatening to dismiss her and then eventually dismissing her unlawfully.

In the case - Rosa v Daily Planet Australia Pty Ltd & Anor – it was revealed the receptionist was a single mother that had negotiated particular shifts. Her conditions included working 10.5 hours a day, four days a week, with no sick leave, annual leave or benefits beyond her hourly rate, and no breaks.

The receptionist alleged adverse action was taken against her when she was threatened with dismissal and reduced shifts, and again when her hours were cut and she was dismissed due to not signing an employment agreement.

The court agreed the termination had occurred as a result of the receptionist’s decision to exercise her workplace right not to sign an employment agreement which would have effectively made her casual, rather than part-time.

Daily Planet’s assertion that it had terminated her because she no longer had a manger’s licence because of drug offences was dismissed by the court, as the former receptionist had never actually had a manager’s licence.

Boutique employment law firm Workplace Law said the case reminds employers they can’t terminate, threaten termination or detrimentally alter the position of an employee on the basis that they chose to exercise a workplace right.

Workplace Law said employers should also note the courts will look at the ‘motivation’ of the employer in its decision to take adverse action.