Brisbane employers cough up $73,000 in back pay

Next breach will be dealt with more severely, watchdog warns 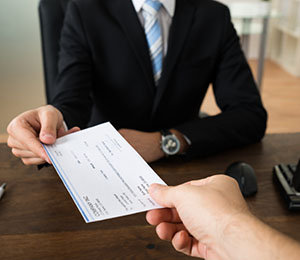 Twenty-two young workers were back paid a total of $73,279 by Brisbane businesses as a result of intervention by the Fair Work Ombudsman.

Fair Work Ombudsman Natalie James said that since this was the businesses’ first offenses and they were quick to rectify their errors, they were simply given notice that future breaches of workplace laws will not be tolerated.

The employee was entitled to receive redundancy payments, payment in lieu of notice and annual leave entitlements as prescribed by the Black Coal Mining Industry Award 2010.
The staff received flat rates of $20 per hour for all hours worked.

The business has since engaged an accounting and payroll specialist to rectify the errors and put processes in place to ensure future compliance.
Under the Restaurant Industry Award 2010, depending on their age, the employees were entitled to receive between $11.83 and $23.64 for ordinary hours and between $14.19 and $28.37 for weekend work.

Fair Work inspectors informed the business that although the flat rates of pay exceeded the rate for ordinary hours, they were not high enough to satisfy all entitlements prescribed by the award.

James said: “In these cases we decided the best outcome was to make sure the workers were repaid quickly and lengthy court proceedings were not necessary.”

“We conduct follow-up audits of businesses previously found to be non-compliant to make sure they have changed their ways. Repeat offenders can expect to face enforcement action including potential litigation and significant court penalties,” she added.