“Black people should be shot”. This is what an Aboriginal Australia Post worker was allegedly told by senior employee. 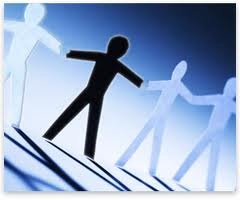 Australia Post is facing backlash over failing to prevent racism in the workplace after allegations a senior employee told an Aboriginal worker that “black people” should be “strung up and shot.

The Aboriginal staffer says he was the victim of a lengthy racial harassment campaign, which was ignored by Australia Post management, Fairfax Media reported.

This isn’t the first time Australia Post has been confronted with the ugly roots of racism in its ranks.

Last year the federal government-owned business was criticised by the Federal Court decision over its response to a 2011 incident where an employee from Sri Lankan was called "a black bastard, a f---ing black bastard, told to go home to Sri Lanka by boat and subject to remarks equating his labour to slave labour".

Despite claiming that it has a tolerant and diverse workplace and is "committed to continuing our legacy of providing real employment and careers for Aboriginal and Torres Strait Islanders", Australia Post faces allegations that it took months to address claims of racism in a Northern NSW depot.

The Aboriginal employee says a senior staffer had been harassing him for months, including saying that "black people" should be "strung up and shot" and "all black people should be hung up by the throat and shot, make sure they're swinging so it's harder to shoot them".

He says a manager was present while these racist taunts were made, but the management took no action to intervene or investigate the issue.

The Aboriginal employee said the harassment had been going on for months at the post office, but management had taken no action, according to documents sighted by Fairfax.

An Australia Post spokeswoman told HC Online that the matter has "unfortunately taken longer than expected to fully investigate", because they had only been able to speak to the complainant this week.

“Given the serious nature of these claims, and evidence presented this week, an employee has been stood down pending the outcome of further investigations,” the spokeswoman says.

A customer sent an official letter of complaint to the Australia Post regional manager in December last year after overhearing some of the racist comments, the complainant has alleged.

He was then called into work while on leave in January or February and approached by his alleged perpetrator and accused of making the complaint.

The situation became worse in February after the alleged perpetrator and victim ended up in a wrestling match, however the victim says no action was taken to fully investigate any of the complaints or any disciplinary action taken against the employee making the racist comments.

In early April, he lodged an official complaint with Australia Post over his employer’s lack of action.

This resulted in top level human resources managers flying into Northern NSW to deal with the allegations, Fairfax Media reported.

The Australia Post spokeswoman told Fairfax there was "no evidence" of allegations being raised with the manager last year however "we continue investigations into this matter".

“All employees and contractors must adhere to our Harassment, Discrimination and Bullying Policy and we will take all necessary disciplinary action, including termination, if this policy is breached,” the spokeswoman told HC Online.