2016: The year of accessorial liability 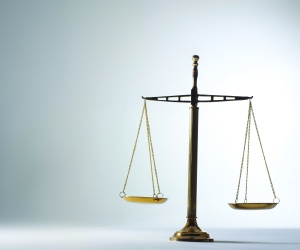 2016 has seen an increase in the Fair Work Ombudsman’s (FWO) efforts to pursue directors and managers, including HR and payroll managers, for their involvement in contraventions of the Fair Work Act 2009 (Cth) (FW Act).

Legal action against individuals is made possible through s550 of the FW Act, which aims to personally expose those who are the controlling “hands and minds” of an organisation. Section 550 intends to make decision makers liable for their decisions, removing the opportunity for them to hide behind the “corporate veil”. This is generally referred to as “accessorial liability”.

Generally, where it is established that an employer has committed a contravention and an individual is “involved in” that contravention, both parties can be held responsible for the same offence and can be subject to separate penalties.

Notable decisions
During 2016, accessorial liability was addressed in a number of notable decisions, including FWO v Oz Staff Career Services Pty Ltd & Ors [2016] FCCA 105 where a HR manager was ordered to pay a penalty of $9,920.

In that case, the employer had been unlawfully deducting meal allowances and administration fees from employees’ wages. The employer admitted to contravening the FW Act by doing so. However, the HR manager denied any involvement.

Throughout 2016, the courts repeatedly said that where an individual has previously had contact with the FWO, they will be taken to have knowledge of workplace laws and accordingly, contraventions of the FW Act that occur after contact with the FWO will be treated more seriously.

In the past, most cases involving accessorial liability and underpayment issues have required the company involved to back pay wages to employees. However, a case from 2016 has altered that formula as an individual was held jointly and severally liable for restoring underpaid wages to former employees.

In that case, FWO v Step Ahead Security Services Pty Ltd & Anor [2016] FCCA 1482, the company involved in the contraventions only operated for a short time and the court considered it likely that the company would soon be wound up, resulting in an inability to back pay outstanding wages to former employees. The court ordered that the sole director and the employer company would be jointly and severally liable for the amounts underpaid, meaning that if the company could not back pay the wages, the director would be personally liable for paying that amount (a total of $22,779.72). In addition to the underpaid wages, the director was ordered to pay penalties amounting to $51,400.00 and the employing company was ordered to pay penalties amounting to $257,000.00.

The FWO will also pursue individuals for their contraventions of the FW Act even after their involvement with an employer has ended. This is demonstrated by the decision of FWO v Sona Peaks Pty Ltd & Anor (No.3) [2016] FCCA 6015 where the court made an attachment of earnings order (sometimes also called a garnishee order) against a former director of an employer who persistently failed to pay the penalty ordered against him.

The individual in question was the sole director and secretary of a company that underpaid its restaurant workers. As result of the underpayment contraventions, the director was ordered to pay a penalty of $23,715.00, which he didn’t pay. To recover the amount, the court made an attachment of earnings order that required the director’s new employer to regularly contribute a portion of the director’s wages in to a fund until the penalty was satisfied.
Future safeguarding
Collectively, these cases demonstrate that the FWO is ready and willing to involve individuals such as directors and HR managers in contraventions of the FW Act, and is prepared to hold those individuals personally liable for a range of penalties and underpayment amounts.
We don’t see this trend changing in the near future so when looking to 2017, HR professionals should ensure that employees are being paid correctly, that they have good record keeping practices in place and that if a problem is identified it is dealt with appropriately, not ignored.

Athena Koelmeyer is the Principal and Director of Workplace Law. For further information phone +61 2 9256 7500 or visit workplacelaw.com.au