Self-expression: Why you should encourage employees to be themselves

Although assimilation might be the traditional method to grow your workforce, you are probably doing more harm than good, new research suggests. 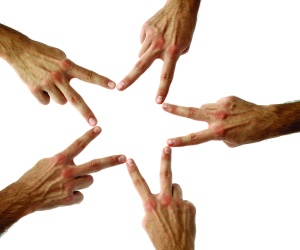 Focusing on the personal identity of new employees and helping them express themselves leads to greater employee retention and engagement than trying to ‘break them in’, The Harvard Business Review (HBR) has uncovered.

Extensive research into the ‘socialisation’ process (fundamentally onboarding) by Daniel M. Cable of London Business School, Francesca Gino of Harvard University and Brad Staats of University of North Carolina at Chapel Hill investigated the ramifications of an organisation pushing its identity on a new employee, compared with those that allowed them to celebrate individuality.

The latter resulted in stronger employer relationships and reduced turn-over, with the unique ideas and viewpoints of employees fostering a stronger culture and overall happier workplace than those which pushed organisational pride.

However, the results did not address the cultural factors that may manifest in other industries/locations – such as an Indian call centre – which could result in different reactions. To combat this, the researchers developed a more controlled experiment.

The researchers gathered a group of students and split them into three groups, all of which were put to work in a lab.

The first group were asked to read information about how working in the lab would help them grow as an individual, and then asked to answer a series of questions about themselves as individuals. They were then told to write their name on a piece of paper in a creative fashion and sit it by the desk they’d be working at.

The second group were asked to read information about the organisation and its values, and then asked to answer questions about how they heard about the lab and what made them proud to be working in it. They also were told to creatively write a name down, but this time it was the company name.

The third group were given much more general information and told to write down the company name creatively.

All three groups were then given tasks in the lab for the rest of the day, and told they could return for a second day if they wished.

Afterwards, all participants answered a number of survey questions, and it was found that the first group (those with individually geared tasks) were more engaged with their work and more satisfied. A higher proportion of these people returned for the second day.

The studies show conclusively that in both controlled and uncontrolled environments, those who are individually geared display greater passion and engagement with their work. The opportunity to express oneself authentically reduces turnover rates, and thereby decreases costs of continuing the recruitment procedure.

“Both existing research and anecdotal evidence suggest it is rare for organisations to take an authenticity perspective to socialization, despite the fact that it appears to be valuable for newcomers and causes them to want to commit longer to the organisation,” the report stated. “Our research indicates that when organisations find a way to balance this tension – or even better, use the tension to differentiate themselves to employees as a great place to invest their energies – they appear to have a line on sustained competitive advantage.”