Occupational suicide – the dark side to Australia’s workforce 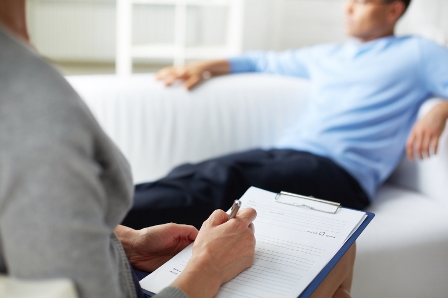 Australia’s workforce is in the throes of a dark and deadly suicide scourge, prompting employers to take urgent steps to address their workplace mental health.

In the wake of another suicide in the Victorian Police force, employers need to wake up and see that issues such as bullying, harassment and workplace stress are taking an often deadly toll on their employees.

HR professionals need to do more to spot the signs that a staff member is struggling and make psychosocial workplace safety a priority, says advocacy group Suicide Prevention Australia.

“With most adults spending around one third of their waking hours at work, workplaces provide a unique opportunity to provide key health information and intervention, the workplace plays a vital role in the creation of a suicide safe community,” SPA said in a statement on its website.

And the tragic occurrence of work-related suicide continues to ravage a multitude of other industries, with data from the Australian Institute of Suicide Research and Prevention showing suicide among construction workers are six times more likely to die from suicide than from a workplace accident.

One construction worker (the group of whom are almost exclusively male) commits suicide every two days, and those aged 15-24 are twice as likely to kill themselves as other young males.

Most deaths by suicide are among people of working age, with data from Suicide Prevention Australia (SPA) showing that suicide is the leading cause of death for men aged 25 to 44 and women aged 25 to 34.

One Australian study found that 17% of suicides in Victoria from 2000–2007 were work-related. Applying this estimate to deaths across Australia, approximately 3,800 suicides over the decade to 2011 may be work-related.

The World Health Organisation suggests worker suicide is a result of complex interaction between individual vulnerabilities and work-related environmental factors that trigger stress reactions and contribute to poor mental wellbeing.

Indeed, the links between bullying and workplace stress and suicide will no doubt be examined in the recent Victoria Police suicide cases, with the Victoria Police Mental Health Review expecting to be completed in late March.

Patricia Ryan, Principal from The Workplace employment lawyers reminds employers of their legal responsibility to provide a safe and healthy workplace, including managing psychosocial stressors.

“With suicide in the workplace, the strategies an employer may adopt would depend on whether the workplace was such that mental health issues are more likely than the norm, for example in high-stress occupations such as the Police, army and emergency services,” Ryan told HC Online.

“Sharing stories about personal experiences with suicide and mental health problems can be a powerful way to address stigma,” SPA says.

“In appropriate settings and with support and informed consent of all parties involved, leaders are encouraged to share their own stories, highlighting positive coping strategies and sources of help.”