Culture: Borrowing from the best

Want a Netflix-worthy culture in your organisation? Read on for what they’ve done right – and why tailored benefits and a culture of recognition will always win out over faddish perks any day 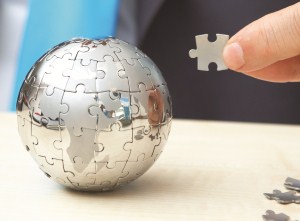 >Want a Netflix-worthy culture in your organisation? Read on for what they’ve done right – and why tailored benefits and a culture of recognition will always win out over faddish perks any day

Another year, another upstart company that appears to have turned HR on its head. This year the accolade must go to Netflix. Patty McCord was the chief talent officer at Netflix between 1998 and 2012. In a recent article for the Harvard Business Review, McCord outlined how Netflix reinvented HR to create the viral ‘Netflix Culture Deck’ (NCD). The NCD is essentially a living set of “behaviors and skills” that the Netflix management team update continuously and fastidiously. It drives toward a single point: a company is like a pro sports team, where good managers are good coaches, and the goal is to field stars in every position.

“Many of the ideas in it seem like common sense, but they go against traditional HR practices,” he said. “Why aren’t companies more innovative when it comes to talent management? As a society, we’ve had hundreds of years to work on managing industrial firms, so a lot of accepted HR practices are centred in that experience. We’re just beginning to learn how to run creative firms, which is quite different.”

Netflix and companies like it are reinventing how employees engage with their employer, and vice-versa.

Indeed, if there’s one recurring theme that has emerged throughout 2015, it’s a re-examination of this relationship. Central to this relationship is trust. Take, for example, the flurry of interest in work-life balance initiatives introduced by various companies this year, including a major focus on employee leave policies – in all its forms.

Long-held, stringently monitored annual leave policies are being relegated to the dustbin of history. In their place are flexible policies that allow employees to take as much leave as they want, when they want, without asking them to track it.

When he launched Virgin’s new approach to annual leave, Richard Branson explained: “…the policy-that-isn’t permits all salaried staff to take off whenever they want for as long as they want…the assumption being that they are only going to do it when they feel 100% comfortable…[that] their absence will not in any way damage the business – or, for that matter, their careers!”

Sticking with work-life balance a little longer, Netflix has also broken ground for return-to-work parents. Their latest headline-grabbing announcement was the introduction of fully paid, unlimited parental leave for 12 months from the arrival of a child – applicable for both women and men.

Netflix rationalises their ‘freedom and responsibility’ culture as being aligned to their recruitment of ‘fully formed adults’.

Admiring but not replicating
Of course, hardened HRDs in larger organisations may well say it’s all very well for small start-ups like Netflix to introduce such HR innovations – it wouldn’t work for them. Or would it? Alan Heyward, executive manager, accumulate, suggests there’s always room for innovation in terms of benefits.

“There’s definitely a trend towards employees getting more and more creative [with their benefits],” he says. “The expectation of the younger age groups is that flexibility is almost like a tick in the box and there are plenty of studies out there saying how much more productive people are when you’re away from the office. Work actually gets in the way of you working. So we’re certainly seeing that trend around work-life balance, which is about working when you need to, where you need to.”

However, admiring the likes of Google, Virgin and Netflix is one thing; trying to replicate exactly what they’ve done is quite another.

“You can’t copy it,” says Heyward. “Culture consists of so many components. It’s not just about having a bowling alley in the office; it’s not about wearing casual clothes every day; it’s not about working flexibly. You need to figure out what is going to be right for your organisation and recognise that when you go to your employee base to ask them, they’ll say they want everything. So how useful is that?”

Heyward suggests trialing new things on a smaller scale. “We do that here at Accumulate – we see what has the best take up. Some things haven’t been that successful but you need to go through a process to figure out what is the best way to connect and engage. All benefits come with a cost, to a degree, and you want to get a return on that cost, both the tangibles and intangibles.”

Don’t forget the basics
While it might be cool to have a slide in the office, and an unlimited leave policy, the benefits basics – petrol and grocery discounts, health insurance, movie tickets – still have a place.

“Those things are available in so many organisation that it’s almost a ticket to the game. You need to have them as a base offering but just because people may not take these up doesn’t mean you shouldn’t offer them. I’d recommend determining what the basics are for the particular workforce you have.”

Heyward suggests, for example, that tech-savvy Gen Ys might not consider traditional discounts all that relevant – but they might welcome discounts on tech gadgets. “They might work close to the city and they might not own a car, so petrol discounts won’t mean much to them,” he says. “There are basics and these are broadly applicable but don’t simply tick the box without thinking about how applicable they’ll be for your workforce.”

Leaders and culture
McCord said that she tends to see one major issue when leaders are attempting to mould their corporate culture. It’s all about ‘mismatch’:

“I frequently see CEOs who are clearly winging it,” she said. “They lack a real agenda. Workers notice these things, and if they see a leader who’s not fully prepared and who relies on charm, IQ, and improvisation, it affects how they perform, too. It’s a waste of time to articulate ideas about values and culture if you don’t model and reward behaviour that aligns with those goals.”

Why bother?
Netflix’s ‘baby-balance’ and other initiatives are not purely altruistic gestures. This policy addresses a critical objective for current chief talent officer Tawni Cranz; “Netflix’s continued success hinges on us competing for and keeping the most talented individuals in their field.”

So there’s something in it for the employer too. Indeed, Mercer’s 2014 Australian Benefits Review highlighted that benefits can genuinely impact the way people conduct themselves for the company they work for – especially when these benefits are built into a reward & recognition program. In other words, benefits can play a role in reinforcing desired behaviours and values.

Heyward notes there are two perspectives on this equation. “We see benefits as being quite a good tool in attraction and retention of employees, so it’s probably more about driving employee advocacy about an organisation and what’s in it for employees. They have an indirect play on behaviours and aligning people with values.

“Whereas when we talk about values and behaviours, I think that’s when more traditional recognition and employee engagement strategies have a bigger role to play.”

In 2015, Heyward has seen a much greater blending of recognition and benefits. “They are not one and the same but, looking at the EVP, organisations are seeing that having benefits and recognition sitting side by side rather than separately as in years gone by is far more beneficial.”

2016 and beyond
Also in 2015, social recognition was all the rage – but Heyward sees this coming off the boil a bit in 2016. “There was a massive investment and focus on building new tools and gadgets. Gamification was what it was going to all be about,” he says. “Social recognition is still important and a fundamental element of success lies in sharing recognition broadly across an organisation. However, the focus is shifting back towards the employer.”

Indeed, Heyward believes 2016 will see the focus shift from recognition being solely employee-centric – where the focus was on the user experience and social recognition – back to the employer: looking at the value in any recognition program they are running and using data and insights more effectively.

“I’ve noticed employers are keen to get the data providing them with an understanding of the communities that exist in their workforce. What are the hidden hierarchies, who are those leaders who are not necessarily managers but are key influencers? It’s really about knowing your employee, knowing who they’re engaging with, and knowing who those hidden leaders are.”

McCord also noted this employee knowledge is essential, especially when companies are in growth mode – she referred to “the split personality start-up”:

“At Netflix, I sometimes had to remind people that there were big differences between the salaried professional staff at headquarters and the hourly workers in the call centres,” she said. “As leaders build a company culture, they need to be aware of subcultures that might require different management.”

To help tailor approaches to recognition, Heyward anticipates a more seamless experience between mobile, tablet, and online during an employees’ lifecycle. “We’ve had many discussions over last nine months about the employee journey and the touch points you have with them over that time, as opposed to a recognition program that’s just happening today. It’s thinking more deeply about the role that recognition plays over the life of that employee – whether it’s three, five or 10 years. How does recognition change over the employee journey?”

Indeed, Netflix, for all its focus on innovative HR, takes a surprisingly straightforward approach to talent management.  McCord referred to two “overarching principles”, which are ingrained in Netflix’s talent management philosophy: Smart hiring and effective performance management? Now that’s a two-pronged approach any organisation can implement.

Want a Netflix or Google-inspired culture? It’s impossible to replicate culture, and there is “no silver bullet to driving culture”, says Alan Heyward. “A benefits program on its own or a recognition program on its own are just tools in your toolkit. If your culture is broken you have more fundamental issues to deal with before looking at those two.”

However, there are some common building blocks that winning cultures have:

Brought to you by:

accumulate are leaders in employee loyalty and engagement, working with a wide range of iconic Australian brands for over fifteen years to help improve their levels of employee retention, productivity, morale, customer service and profitability. accumulate.com.au 1300 733 725 @accumulateAU