Why was this racist employee reinstated?

Even after making derogatory comments towards Muslims and using innuendo in the workplace, the FWC still deemed the employee’s dismissal ‘harsh’ 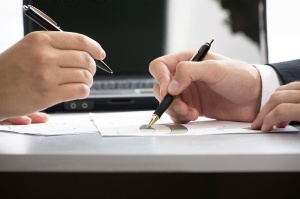 A truck driver at Mt Arthur Coal mine has had his job reinstated by the Fair Work Commission (FWC) which found his dismissal ‘harsh’ despite the worker’s offensive onsite banter.

During an almost two-hour radio session, the truck driver, Jodie Goodall, was heard saying a number of discriminatory comments including racism against Muslims and lewd sexual innuendo.

While the FWC found that the mine had adequate reason to dismiss Goodall, it said the dismissal was ‘harsh’ given that he had an excellent employment record and would suffer significant economic consequences if dismissed. The Commission then ordered his reinstatement.

HC talked to Elise Croft, partner at Kott Gunning Lawyers, and discussed what HR should know about ‘harsh’ dismissals and the FWC.

“The word ’harsh’ is concerned with the economic and personal consequences on the employee resulting from being dismissed, as well as the gravity of the misconduct in question,” she said.

One of the biggest challenges for HR is determining whether a dismissal is unfair when balanced with the misconduct, she added. In order to make a sound decision, HR should weigh up notions of ‘harsh,’ ‘unjust,’ or ‘unreasonable’ knowing that a dismissal can be unfair if even one of these words applies.

“This becomes even more difficult when you know that you need to look after other employees – those who have borne the brunt of the misconduct,” Croft told HC.

Distilled down to basics, HR will need to consider three factors once the misconduct has been proven:

“Remorse is relevant because it shows the employer that the employee acknowledges the gravity of the situation,” Croft stressed.

If an employee shows remorse, has a good employment record, and will suffer personal or financial hardship if dismissed, it is very likely the FWC will find the dismissal ‘harsh,’ she said.

“If only one out of three of those criteria are present, an employer might feel more inclined to take the risk on a dismissal.”