How quickly can you move from warnings to termination?

If a warning period expires, how feasible is to refer back to that warning to justify further action or dismissal? 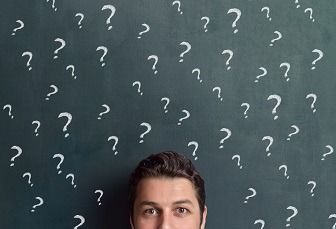 The
issue of tolerance of poor behaviour or performance is among the most delicate HR managers will face, with employers weighing up questions of fairness, due diligence, productivity and workplace harmony – as well as legal aspects.

One potentially awkward scenario is when an employee has received official warnings with expiry dates, which they duly see out, only for the sub-par behaviour or performance to return soon after these dates. The question is, how viable is it for an employer to refer back to expired warnings as grounds for further action or even dismissal?

It’s a tricky one for employers to negotiate, as Karen Gately, author and HR specialist, explains.

“It is risky to rely on an expired warning as the grounds for terminating someone’s employment,” she told HC Online. “Reoccurrence of the same or related issues should be addressed by issuing an additional warning.

“Where you recommence the performance counselling process will depend on the severity of the issues and the length of time that has passed since the last occurrence, or warning was issued.

“Failure to issue an additional warning is unlikely to satisfy procedure fairness requirements, which makes an unfair dismissal claim difficult to defend.”

James Law, HR director at Envato, adds that an emphasis on transparency and clearly defined policy may prevent such situations from occurring in the first place.

“I think the key to this question is defining up front what sustained improvement in performance or behaviour is expected, so there are no surprises for anyone about what the expectations are and the ramifications if those expectations aren’t met,” he said.

The other key variable when considering the warnings-to-termination minefield must be how long a warning with an expiry date should last for. Gately says, “This will depend on the severity of the issue or offence, but generally warnings will remain in place for between one and six months.

“Anything greater than six months – without reoccurrence – is likely to be considered unreasonable.”

Gately proposes a number of key considerations for HR professionals to keep in mind to ensure procedural fairness when issuing warnings and referring to previous warnings. They include:

“Anything greater than six months – without reoccurrence – is likely to be considered unreasonable.”

Gately proposes a number of key considerations for HR professionals to keep in mind to ensure procedural fairness when issuing warnings and referring to previous warnings. They include: