Does your workplace need a ‘quiet room’?

With diversity levels rising in Australian workforces, experts and researchers are discussing the necessity of spaces provided for prayer or quiet reflection. 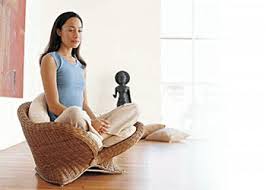 As
workplace diversity increases, many leading practice employers are providing a ‘quiet room’ which can be used for prayer or contemplation.

In December, a study found that employees who openly discuss religious beliefs have higher levels of job satisfaction.

“For many people, religion is the core of their lives," he said. "Being able to express important aspects of one's life can influence work-related issues, such as job satisfaction, work performance or engagement. It can be beneficial for organizations to have a climate that is welcoming to every religion and culture.”

He added that employers should consider policies which are open to religious acknowledgement or find ways to encourage religious expression. This could be achieved by recognising and celebrating religious holidays such as Hanukkah and Ramadan as well as the traditionally celebrated Christmas.

The study had 600 participants from the US and South Korea, all of whom were working adults who identified themselves as Christian. Researchers asked them how important religion was to them, and the extent to which it shaped their identity.

Another study, which interviewed 65 people who identified themselves as Muslim, investigated the motivators for praying (or not praying) in the workplace.

The research found that some participants viewed engaging in prayer at work as “invasive”, an act which was more appropriate for the home or the mosque. This view was generally accompanied by the opinion that religious practices are observed through choice – a choice that employers should not have to accommodate. Other participants were confident in their right to pray, with one participant stating that work duties should not force people to compromise their religious duty.

However, the majority of the study’s participants saw prayer as something which should be negotiated between workers and employers.

In a recent article, James Adonis wrote that refusing time or a space to pray could attract consequences for employers, as some employees regard “an inability to express their faith as an inability to be authentic.”

“Do prayer rooms at work result in employees who are more highly engaged?” Adonis questioned. “If the answer is yes, it’s probably worth giving them a go if the demand is there. That’s because the subsequent benefits – productivity, quality, loyalty, and so on – might be worth the investment.”

He suggested that the space could also be used for meditation, the next best thing to prayer for those with no religious identity.

HC spoke to Lisa Annese, CEO of Diversity Council Australia, who said that employers should seriously consider offering this to staff.

“Organisations should reflect on the significant cultural diversity of today’s workforce and the increased employee engagement that is likely to be generated from better recognising employees’ wishes and needs for quiet contemplation as well as prayer and observance of religious duties,” she said. “Be open to how a suitable time and place could be found to accommodate this, subject to operational requirements.”

Annese advised that the terminology ‘quiet room’ or ‘reflection room’ rather than ‘prayer room’ is recommended, as this is more inclusive.

“It’s also important to be clear what the room is suitable for and how it is to be used and made available,” she said. “Can it be booked ahead? Are candles and motifs allowed? Ensure it is not used for activities such as meetings or napping.”