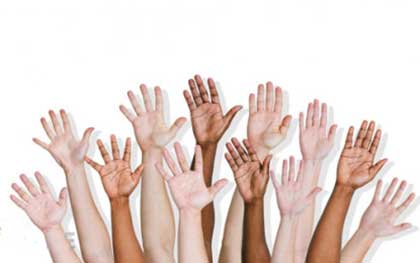 Amongst Australia’s top business leaders, more than three out of four come from Anglo-Celtic backgrounds according to the latest study by the Human Rights Commission.

The report, entitled Leading for Change: A blueprint for cultural diversity and inclusive leadership, found that almost 77% of CEOs from ASX 200 companies were Anglo-Celtic. Of the remainder, 18% were European and 5% were non-European.

“Our society celebrates its multicultural character, but our leadership isn’t as multicultural as you’d expect,” said Race Discrimination Commissioner Tim Soutphommasane in a statement.

"In corporate Australia, the ranks of senior leaders remain overwhelmingly dominated by those of Anglo-Celtic and European background.”

None of these CEOs had an Indigenous background, he noted.

The help rectify this issue, the Commission’s report outlined action to take in three key areas of change.

Change has to come from the top, the report advised, with leaders setting an example for the rest of the organisation. Commitment should be seen as a personal moral imperative as well as a way to make the business more competitive.

Leaders from CEOs to middle managers should also have ‘skin in the game,’ the report said. This can either come through the experience of those who are literally from diverse cultural backgrounds or can be drawn from other experiences where leaders have worked with different cultures or overcome other challenges in their career.

Gathering and reporting data is crucial for any diversity initiative as it not only provides a baseline to work from but also helps focus all future strategies. This is now done voluntarily, the report said, with the Racial Discrimination Act failing to require firms to divulge figures on ethnic and cultural workforce composition.

Cultural diversity also needs to be embedded in a corporation’s goals, strategy and performance, the report said. It can also be integrated within managers’ performance appraisals with benchmarked objectives and incentives. Leaders should be held accountable for progress within the firm.

Identifying and remedying bias is vital to eliminating discrimination. As well as training programs that provide people with practical strategies to avoid unconscious bias, staff should also be encouraged to work with those who are culturally different as well.

Finally, effort can be made to develop a culturally diverse range of leaders. As well as redefining ideas about leadership, firms should provide employees of all backgrounds with the soft skills they need for more senior positions. Furthermore, potential leaders need to be empowered to speak up so that they may be seen.