Australia’s media and entertainment needs to be more representative of the nation's society, according to new PwC study. 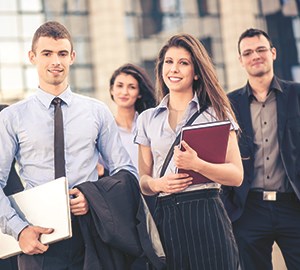 A n
ew report has found an alarming lack of racial and gender diversity in Australia’s media and entertainment industry, with media outlets advised to review their recruitment strategies in order to help future growth.

PricewaterhouseCooper’s (PwC) Annual Media and Entertainment Outlook found that instead of reflecting the cultural diversity of contemporary Australia, the average media employee is a white male ‘hipster’ who lives in Sydney’s inner west or eastern suburbs. The typical Melbourne media hipster lives in St Kilda or Richmond.

The PwC study has analysed diversity in the media for the first time, and has discovered that 75 percent of media employees are white males aged over 35 and monolingual.

The PwC outlook was edited by Megan Brownlow, who has urged media organisations to review their recruitment strategies in order to have a more diverse workforce.

“I think it’s fairly apparent we are not a very diverse industry,” said Brownlow. “The top 10 suburbs for media and entertainment people are all in Sydney, either in the eastern suburbs or the inner west.”

The PwC report comes on the back of recent comments from ABC managing director Michelle Guthrie, who said that the national broadcaster needed to better represent the broad cross-section of cultures in Australia.

Brownlow pointed to “unconscious bias” and the “similarity of attraction” (where employers are drawn to candidates similar to themselves) in recruitment as reasons for the lack of diversity.

“Similar to the world we see depicted by media, entertainment and media businesses do not reflect an Australia that’s becoming more diverse by the day,” said Brownlow. “It means the industry is not as well equipped for growth as it could be.”