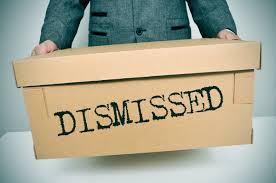 A worker known only as Madeline has been dismissed from an entertainment company in Canberra after she said on social media that it was okay to vote ‘no' in the upcoming same-sex marriage vote.

The owner of Capital Kids Parties, Madlin Sims, said on a private Facebook post that "homophobic views being made public are detrimental to the business and don't align with my personal values or morals as the owner of the business".

She also argued that advertising your desire to vote no for SSM is, in her eyes, ‘hate speech’.

"Voting no is homophobic. Advertising your homophobia is hate speech," Sims wrote on Facebook.

"As a business owner I can't have somebody who publicly represents my business posting hate speech online.

“It’s bad for business... I don't like s*** morals... I don't want homophobes working for me, especially in an environment with children.”

“This isn't a matter of opinion or even religion. It's a matter of the love & livelihood of real human beings,” said Sims.

Speaking on Sky News, Madeline insisted she wasn't a homophobe and she has a history of working positively with children.

"I am the oldest of eight kids, I have helped in Sunday schools and church camps and kids camps," she said.

“This is a democracy and we were given the options and asked, as Australians, to vote yes or no and it is my opinion to vote no.”

Madeline added that she didn’t feel her job should be taken away just because she has an opinion that someone disagrees with.

The Fair Work Ombudsman is currently aware of the matter and in order to judge whether workplace laws have been breached she will be contacting the parties involved.

Under the Fair Work Act, unlawful workplace discrimination occurs when an employer takes adverse action against an employee or prospective employee due to their political opinion.

Liberal Senator Eric Abetz said Sims had made a fundamental attack on free speech and that it is unlawful for an employer to sack an employee on the basis of a political opinion.

“I am hopeful that it will be fully investigated and, if appropriate, prosecuted,” he said.

“To assert that voting no is homophobic as claimed by the employer is demonstrably false and indicative of the unacceptable bullying and name-calling engaged in by the ‘Yes’ campaign.”

HRD contacted Capital Kids Parties for comment, but did not receive a response prior to publication.