There are several potential impacts of gender biases in business. Here’s why this is a challenge for HR 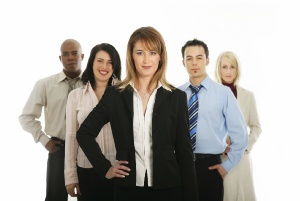 A survey conducted by the Human Resources Institute of New Zealand found that 84% of respondents said HR was significantly over-represented by women.

Moreover, Frazer Jones’ Global HR Survey sought the opinion of nearly 3,500 HR professionals around the world and 62% of the respondents globally were female.

Looking at Australia, across the ASX Top 50 companies, around 75% of HR heads are currently female.

Foley has worked in people and recruitment related roles for over 15 years and has met hundreds of HR professionals.

“They are all passionate about how HR can positively impact an organisation,” said Foley.

“The vast majority are also well aware that a diverse workforce will always offer more potential for growth and opportunity than a one dimensional workforce.”

Foley added that it can’t be any coincidence that the number of senior female HR leaders are an inspiration to young females entering the workforce – and that is a good thing. And it is a shame that other business units don’t appear to have the same quantity of female role models as HR does.

“For many organisations, the diversity discussion has progressed past gender; however, given HR comprises higher numbers of women than other functions, this is a gender issue that needs addressing,” he said.

Foley has personally been instructed to run search assignments for senior HR professionals where it has been strongly suggested that a female would be a good fit for the role.

“In every case, the reason behind a preference for a female was the lack of female representation on the leadership team,” he said.

“Nonetheless, my role is to source the strongest shortlist, regardless of gender.”

Foley explained that business leaders need to consider the gender bias in HR, the gender split of other business units and start to take a more aggressive approach to the recruitment of female leaders into roles which have been traditionally held by males.

“If this doesn’t happen, I wonder whether HR is itself in danger of becoming one dimensional,” he said.

“Ironically, when we are asked to recruit more junior HR roles, if gender is ever referenced it will usually be along the lines of ‘We would love to hire a guy into this role as there are so many females in the team…’ – and therein is the challenge for HR.”

Foley concluded by saying an increasing amount of females are choosing to enter and build careers in HR whereas more and more men are choosing to pursue different career paths.

“Given the gender bias across different business units, it is easy to see why both parties are making these decisions,” he said.