A former Yahoo employee claims Marissa Mayer “purged the company of male employees”, while one expert says discrimination claims against men are rising 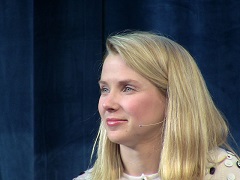 A lawsuit was recently filed in the US alleging that Yahoo CEO Marissa Mayer actively “purged the company of male employees”.

Scott Ard, a former media executive at the tech company, alleged that Mayer “encouraged and fostered the use of [an employee performance-rating system] to accommodate management's subjective biases and personal opinions, to the detriment of Yahoo's male employees”, according to CNBC.

He complained that quarterly performance reviews done at Yahoo were based on a calibrated numeric rating where “higher level management would modify employee ratings, despite having little to no actual contact with the employee”.

He accused Mayer and two other female executives of using the review to promote more women to senior level management.

However, this is not the first time that Yahoo has been accused of male discrimination. Earlier this year, another former employee, Gregory Anderson, filed a lawsuit stating that he was fired because of his gender.

While it is up to the courts to determine whether or not Ard’s claims have merit, one political science professor has said that his claim is just one of a latest of possible lawsuits claiming discrimination as more and more American men are feeling discriminated against.

“American men today earn about 20% more than their female counterparts and hold 96% of Fortune 500 CEO positions … But in 2016 American men are also increasingly likely to say that they’re the ones facing discrimination,” said Dan Cassino, associate professor of political science at Fairleigh Dickinson University at Harvard Business Review.

“The logic of the zero-sum approach is unforgiving: Anything that helps women must also be hurting men,” he wrote.

“Even if men are actually privileged in society, the belief that they aren’t is enough to push them to respond to perceived discrimination in the same way that actually disadvantaged members of society do.”

“They increase their gender group identification, experience lower self-esteem, get angry, and even lash out at the group they see as doing the oppressing.”