Why HR has a responsibility to tackle tech addiction 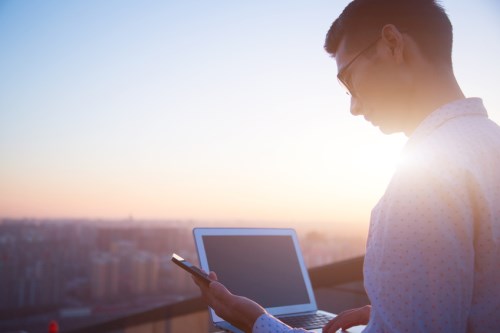 Technology addiction is a threat to both employer and employee. Checking your social media account can soon spin into a full-blown problem, with research suggesting people are increasingly unhappy with the amount of time they spend online.

But how does this impact the workplace? And should you be doing more to stop it?

The emergence of workplace technology and HR tools means that people are more accustomed to having digital screens situated in their lives. And, whilst there’s no denying that robotics and analytics have the propensity to revolutionize our HR departments, tech is something of a double-edged sword.

We want employees to embrace it these new tools, but we have to be careful to safeguard their mental health and wellbeing.

Speaking to HRD, Mike Serbinis, CEO of League, revealed how his passion for tech also extends to helping workers overcome a prevalent reliance upon it.

“This pattern that businesses have fallen into which seems to promote being constantly ‘switched on’ and interruptible is highly negative,” he explained. “There’s so much literature out there linking technology addictions to mental health. We’ve mindful of this at League and have a variety of small initiatives which actively encourage workers to take some down time with their friends and family. After all, the world will not end if you snooze Slack.”

In fact, investing in staff wellbeing is something that sites at the heart of League. The digital benefits platform may be a giant in the technological world, but Mike insists that people always come first.

“Because, put simply enough, we won’t achieve anything if our team doesn’t make it to the other side,” he told HRD.

“Certain industries, tech being one of them, have prided themselves on being overly pushy with their employees – this couldn’t be further from the truth for League.”