Proposed bill is of “huge significance to franchisors” 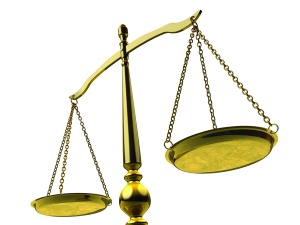 The Australian Senate has been debating the Protecting Vulnerable Workers Bill which looks to tighten the chain of responsibility between a franchisor and franchisee.

The Bill has come about due a number of high-profile cases involving franchise businesses underpaying workers, such as 7-Eleven.

It seeks to amend the Fair Work Act and introduce larger penalties for ‘serious contraventions’ of prescribed workplace laws and increased penalties for record-keeping failures.

Franchisors will be held responsible where it is deemed that the business model has led to objectionable practices.

Moreover, franchisors will be held responsible for underpayments by their franchisees where they knew or should have reasonably known of the contraventions and failed to act to prevent the practices.

This will apply where a franchisor has a significant degree of influence or control over their business networks.

In the Senate, Liberal Democrats senator David Leyonhjelm and Australian Conservatives senator Cory Bernardi pushed amendments that threatened to water it down.

Leyonhjelm said his amendments would help ensure franchisors were not held accountable unless they were genuinely responsible for the conduct of franchisees.

While Leyonhjelm and Bernadi tried to reduce the liability of franchisors for the conduct of franchisees who underpaid their staff, Labor and the Greens proposed amendments to expand that liability.

"The bill runs the risk, as it is drafted, of making franchisors liable for the misbehaviour of franchisees even when the franchisor really wasn't in a position to do anything about it," said Leyonhjelm.

“The amendments are intended to target larger corporations that see the current penalty of $54,000 as an acceptable cost of doing business, but there is no distinction in the Bill between a large and small employer, taking the risks for all franchises in relation to contraventions of workplace laws from bad to worse,” said Hilliar.

“The franchise sector is being singled out and put on notice with franchisors required to take greater responsibility for the employment practices of their franchisees. We work with many franchises – the extra burden placed with this increase in liability emphasises the importance of reporting and compliance to every franchisor.

“While the Bill proposes that a franchisor must show that it has taken reasonable steps to prevent contraventions by its franchisees, it does not outline the fine print as to what is considered reasonable. In short, ensuring compliance across the employment relations practices of its franchisees will become an even more substantial risk area and liability for franchisors.”

The Bill will also give new unprecedented powers to obtain documentation and materials as part of any investigation where it seeks to ensure the protection of vulnerable workers.