Claims have emerged that the fast food giant’s franchises are paying their delivery drivers as little as $12 an hour by deliberately not engaging them as permanent, full-time workers. 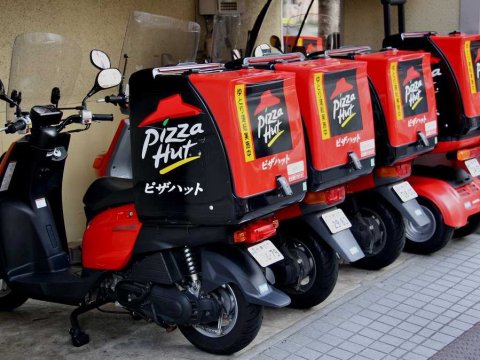 Pizza Hut has come under fire after allegations emerged that its franchisees are underpaying workers.

However, the real question in terms of HR is how aware Pizza Hut's corporate arm – which generally has a history of strong HR practices – was of the alleged exploitation.

According to a report by Fairfax Media, delivery drivers are being employed in a sham contracting situation which sees them receiving as little as $12 per hour, without being paid superannuation or WorkCover.

The allegations come as the company is locked in ongoing legal conflict with its franchisees in the Federal Court, following a class action against head office that alleged unconscionable conduct under the franchising code.

Around 90% of franchisees reportedly claim that losses and businesses collapses are occurring as a direct consequence of instructions from the company that they slash their prices by up to 50%.

A contract obtained by Fairfax revealed that a driver can earn just $6 per delivery, with no more than two drop-offs in a round trip.

Under the terms of the contract, drivers provide the car and pay for fuel, vehicle maintenance and insurance.

In a statement, Pizza Hut’s general manager, Graeme Houston, told HC that the allegations were being addressed within the company.

“Pizza Hut is investigating claims that some franchisees are not acting in accordance with our existing enterprise agreement with the Shop, Distributive and Allied Employees Association,” he said.

“We have not seen the contract referred to in media coverage and therefore cannot make specific comments at this stage.

“We take these claims very seriously and will ensure our investigation is a priority for the business.”

A lawyer who reviewed a copy of the contract said that the contract was a “sham”, explaining that in his view the driver was “absolutely not” an independent contractor in delivering pizzas.

What is sham contracting?

The government defines a ‘sham contract’ as an arrangement where an employer deliberately disguises an employment relationship under the guise of an independent contracting arrangement, instead of engaging the worker as an employee.

This is usually done to avoid paying employee entitlements such as superannuation, workers’ compensation, leave, and certain taxes.

In other cases, employees are pressured to become independent contractors where they are threatened with being dismissed or are misled about the effect of changing their working arrangements.

“An employer cannot tell an employee that he or she is an independent contractor,” the government business website says.

“An employer cannot dismiss or threaten to dismiss an employee in order to engage them as an independent contractor to do the same (or mostly the same) work they performed as an employee and vice versa.

“An employer cannot mislead an employee (or former employee) in order to persuade them to perform the same (or mostly the same) work as an independent contractor.

“The Fair Work Ombudsman, Fair Work Building and Construction or a union can take action against an employer for behaving like this.”

Under Fair Work legislation, employers have to comply with National Employment Standards (NES) and the relevant Modern Awards. A breach of the NES or awards is a civil breach, and can attract a penalty of up to $54,000 per Course of Conduct.

Veronica Siow, partner at Allens, previously told HC that there is also provision in Fair Work legislation that imposes a penalty on a person – which can be an individual or a corporation – who is complicit in, aides, abets, or in any way is knowingly concerned with or party to that particular breach.

This could lead to a costly legal battle for Pizza Hut, should they be found to have been involved in their franchisees’ misconduct.

This means that if Pizza Hut’s head office is found to have known about its franchisees’ underpayments, it could face a costly fine.

In this situation, the employers are the franchisees, who could potentially be sued for individual breaches of employment legislation.

If any compliance from the corporation is found by a court, company directors and senior executives could also be on the legal hook.

It has been suggested by drivers that the model being used means drivers can be earning as little as $12 per hour.

Under the current Enterprise Bargaining Agreement, delivery drivers for Pizza Hut should be paid $20.35 per hour if employed on a full-time basis or $25.44 per hour if they are employed as a casual worker.

Drivers are also entitled to $2.13 per delivery in addition to the hourly rate to cover vehicle costs.