KPMG is set to be the first of the Big Four’s Australian branches to publicise how successfully it has narrowed its own gender pay gap. 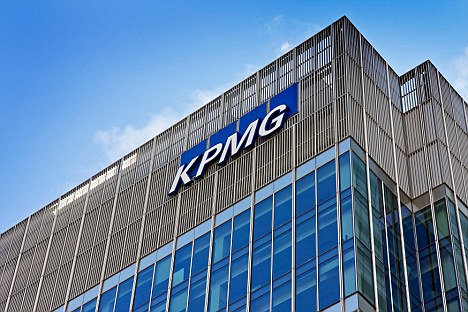 Pro
fessional services giant KPMG – one of the ‘Big Four’ – has reportedly put annual pay reviews and bonus allocations on hold for three weeks while it completes a breakdown of individual roles and salaries to target pay inequity.

The findings of the analysis are set to be made public for the first time, and will cover each of KPMG’s 6500 employees in Australia.

The Australian Financial Review reported that the full report was due to be presented to the company’s executive committee yesterday, but the report presented to the public will not include the difference between men and women’s earnings at KPMG.

However, the public report will reveal how successful the company has been in narrowing its gender pay gap over the past four years.

The analysis – which will be conducted on a “name-by-name basis”, was shared among 60 senior staff yesterday, including KPMG’s executive committee and divisional leaders.

According to research conducted by the Workplace Gender Equality Agency (WGEA), the financial services sector has the widest gender pay gap, with women’s base salaried in the sector being 24% lower than their male colleagues’.

The data also showed that women in the finance sector currently earn what men in finance were earning a decade ago.

“The pay equity gap is the scourge of the 21st century,” Susan Ferrier, KPMG’s head of HR, told the AFR.

“There has not been much improvement over the past two decades. Women are earning just over 82 cents for every dollar their male colleagues earn.

“They need to work an extra 65 days a year on average to earn the same as men.”

Across Australia’s entire workforce, there has been a slow rate of improvement – national statistics show that the gap has dropped by 0.4% in the last year.

While KPMG is the first of the Big Four in Australia to make public revelations about its gender pay gap, the UK operations of Deloitte and PwC have already made similar decisions.

Last month, Deloitte’s UK office revealed it had a 17.8% difference between the total remuneration paid to its male and female employees.

Although this surpassed the UK’s national average of 1.5%, it fell behind PwC which reported a 15.1% gap in its UK workforce.

Earlier this year, KPMG said promoted 51 people into the position of equity partner, 37% of whom were women.

It was announced at the time that the company intended to ensure that 25% of its Australian partners were women by 2017.

Currently, the proportion of female partners at KPMG Australia stands at 20%.

“The current gender pay gap means women are earning just over 82 cents for every dollar their male colleagues earn, down from an average of 85 cents, eleven years ago,” she said.

“It’s pretty depressing that we still find ourselves in this position in 2015.”

“Pay inequity has many causes but we know discrimination and occupational and industry segregation are major contributors,” she continued, adding that the impact of having and raising children on women’s wages is also an issue.

According to Annese, the most important thing for employers to do is to understand and acknowledge the presence of a pay gap – because “most organisations have some kind of gap”.