Performance reviews are being 'blown up' – but it seems they weren't too popular among HR professionals anyway. 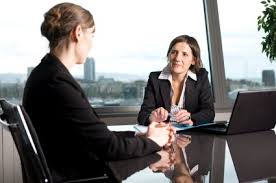 The
y were the mode of reviewing employee performance “before we put a man on the moon”, CEO Chris Cabrera of US software firm Xactly has said.

But all indications are they are now on their way out.

Last week, we reported General Electric was doing away with performance reviews and employee rankings, in a move considered a market bellwether.

However, the San Jose Mercury News reports the momentum is taking hold across global HR, and if you are not scrapping them yet, you may well be behind.

Deloitte research has shown in a survey of 3000 companies in 100 countries that only 10% now feel that performance reviews are an effective use of time.

San Jose Mercury News reports that 50% said they were of no use at all.

The result is that many companies are choosing to scrap performance reviews. More than half the companies Deloitte surveyed are either currently redesigning their system, or are planning to overhaul it within the next 18 months.

The San Jose Mercury News reports that at a conference in Miami earlier this year a ‘conga line’ of managers got up to declare they were scrapping the reviews.

“The conference session on blowing up the traditional performance review was standing room only,” US-based TINYpulse CEO David Niu told the paper.

"One speaker after another got up and said 'We blew it up at our company' or 'We got rid of it at ours,' and the crowd was cheering because nobody likes performance reviews; people have started to re-imagine the whole process."

Xactly CEO Chris Cabrera told the paper his own company had stopped annual reviews, and was building a business that was helping others do the same.

“So many employers are still using an annual-review process that was popular before we put a man on the moon, but they're now such an old-school way of thinking. As a manager, I hated doing them,” he told San Jose Mercury News.