Federal budget 2015: How will employers be affected?

Following the government’s release of the 2015 Federal Budget, HC outlines the areas which are likely to help – and hinder – employers. 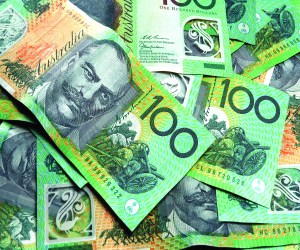 Joe
Hockey announced what the government had in store for Australians yesterday, outlining the plans for the national budget.

The 2015 Federal Budget has been met with mixed responses – but how will the spending affect employers?

“This year’s federal budget brings some good news for the labour market,” said Steve Shepherd, employment market analyst at Randstad. “It has a focus on creating jobs by stimulating the small to medium enterprise (SME) sector and announcing changes to childcare support, which enables more skilled workers to return to the workforce.”

Here’s what we know so far:

The government will save almost $1 billion by stopping women accessing both work and state funded paid parental leave schemes, an aspect of the budget which has already received backlash.

“Any policy that reduces income to women and families during parental leave is a bad thing,” said Lisa Annese, CEO of Diversity Council Australia. “It will put additional pressure on families and is likely to mean mothers will have to return to work earlier than they wanted to, reducing valuable time with their newborns.”

“Importantly, this change will only add to the wage gap that women experience as a result of having and raising children,” she added. “And with some 47% of currently eligible mothers expected to lose the payment, it is going to affect a lot of people.”

However, childcare is set to be invested in – $246 million will be funded to a two year long ‘nannies trial’.

The government has announced it will roll multiple childcare payments into one Child Care Subsidy from 1 July 2017, which will be linked to a benchmark price and paid directly to childcare providers.

Although Annese acknowledged that this was a step forward, she argued that the government is not doing enough to support working parents.

“There are no incentives to encourage organisations to offer more flexible work – which is critical to parents being able to manage their caring responsibilities whilst remaining attached to the workplace,” she said.

Adoption is being made easier – people adopting from overseas will have access to a $33.7 million national support service.

In terms of cultural diversity, many employers could be due to lose the support network of temporary visa holders.

Foreign backpackers will no longer qualify for the $20,000 tax free threshold, and their tax rate will increase from 19% to 32.5% from the first dollar they earn.

The government is also upping the ante when it comes to encouraging employers to take on older workers. Employers will receive up to $10,000 over 12 months (rather than two years) if they hire and keep a jobseeker over the age of 50.

Other changes to employee entitlements

According to The Canberra Times, workers in start-ups will be able to access tax breaks on shares they receive as part of their pay, while remote workers will face a tax crackdown.

Employees who donate organs will reportedly have an increased recovery leave, which will be extended from six to nine weeks.

Additionally, graduates living overseas will have to repay their HECS-HELP debts, meaning that talented graduates may be less enticed to emigrate.

According to Fragomen, the most immediate impact that the budget will have on employers will be the increase in Visa Application Charges from July 1. The organisation also said that the ‘rebranding’ of the Department of Immigration as part of the Australian Border Force rollout will soon impact employers hiring migrant workers.

Border protection services will receive financial a boost to enable stronger patrolling and surveillance of Australia’s borders – Townsville and Sunshine Coast Airports are set to gain $26 million in funding.

It was also announced that businesses in Northern Australia will be able to access $5 billion in loans, and $296 million will be invested in new IT systems for the Australian Secret Intelligence Service.

“The Northern Territory is likely to face a jobs problem, as it is already experiencing a talent drought,” Shepherd said. “The unemployment in the NT is the lowest in the country at 4.5%, but its labour force participation rate is the highest at 76.4%. Its challenge will be to find the workers it needs and maintain wage rates, when demand is likely to create some of the wage issues we saw during the mining boom.”

The Times reported that car manufacturers will also benefit, receiving $783 million due to the reversal of previously announced cuts.

Tax rates for small businesses will be cut from 30% to 28%, or they will receive a tax discount of up to $1000 if they are not run as companies. Small businesses with a turnover of less than $2 million per year will also be able to claim a $20,000 tax deduction for every item they purchase.

Farmers will receive $70 million from July 2016 for depreciated water facilities, storage and fencing, according to The Times.

“The SME sector is the biggest employer in Australia and offers significant potential for innovation and the creation of new jobs and industries in the coming years,” Shepherd said. “The stimulation package that has been announced is likely to have a positive impact on jobs by freeing up cash flow to enable these businesses to grow and invest in their future.”

“The government has placed an emphasis on the creation of jobs in Australia,” he added. “[The Budget] will allow start-ups and SMEs to stimulate jobs growth, as they can improve their cash flow and create new employment opportunities.”