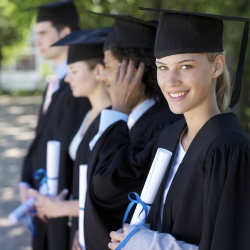 An employee has lost her legal bid to complete a $35,000 a year degree at La Trobe University after suffering a workplace injury.

The Administrative Appeals Tribunal was told the 52-year-old IP Australia worker had wrist and elbow problems for more than two-and-half years caused by her repetitive computer work in the intellectual property agency's patent section.

Moreover, she suffered aggravation of pre-existing bipolar disorder before she left the job in July 2015 and has not returned to work since.

However, the federal workplace insurer Comcare was concerned the university plan would hit taxpayers for tens of thousands of dollars a year of workers' compensation benefits, in addition to the $98,000 tuition fees, HECS payments, text books and materials.

Instead, a three-member tribunal panel decided that the employee will be able to access a $10,000 medical rehabilitation course aimed at getting her back to work.

IP Australia and Comcare have tried a variety of methods to help the public servent return to work. These include hiring private sector rehab experts, drafting return to work plans and reports, capacity assessments and suggesting rehab programs, according to Fairfax Media.

However, the employer and its insurer encountered what the tribunal described as a "resistant mindset" from the worker, who had a "view that the program should be devised in the way she preferred it".

Not long after she stopped working, the public servant asked for her rehab program to be altered to include a three-year full time postgraduate uni course, a Juris Doctor at La Trobe University with all fees, HECS payments text books and materials to be paid for by IP Australia.

When her employer said no, the worker appealed to Comcare who also resfused, so she took her case to the Administrative Appeals Tribunal.

The public servant argued that IP Australia was unable to get her back into her old job and could not offer another role at her level.

Consequently, the uni degree was the appropriate way for her to be helped to get a new job with another organisation.

The tribunal considered evidence from five medical professionals, including the public servant's treating doctor, with the weight of the evidence suggesting she was capable of engaging in some for of return-to-work program with her employer.