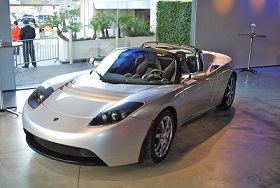 The new report found that workers at Tesla suffered 8.8 injuries per 100 employees in 2015 — 31% more than employees at other factories.

Moreover, the rate of serious injuries at Tesla’s Fremont plant — those that result in days away from  work, restricted duty, or job transfer — was approximately double the industry rate for 2015.

The report also challenged Tesla’s claim that its injury rates had fallen in 2017, and said it was too soon to tell if there had been a “meaningful and lasting” improvement.

The report was compiled by Worksafe, a California-based organisation whose mission is to prevent injury, illness, and death by bringing justice to the workplace.

Further, a group of Fremont factory employees recently went on the record to allege stressful work conditions, long hours, injuries and a pay structure which incentivised them to continue working while injured.

This latest departure follows two additional Tesla HR executive exits so far this year: Jennifer Kim, director of HR for engineering, and Mark Lipscomb, who served as vice president of HR under Geshuri.

Tesla released a statement saying Geshuri helped transform Tesla “from a small car company that many doubted would ever succeed, to an integrated sustainable energy company with more than 30,000 employees around the globe”.

“As Tesla prepares for the next chapter in its growth, Geshuri will be taking a short break before moving on to a new endeavour. We're grateful for all that he has done for Tesla,” said the statement.

“We would like to welcome Gaby Toledano, who has joined Tesla as Chief People Officer, leading Human Resources and Facilities, reporting into Elon Musk.”

Toledano joins Tesla after 10 years on the executive team at Electronic Arts (EA). Prior to EA, Gaby led Human Resources at Siebel Systems.

She has also held HR leadership positions at both Microsoft and Oracle and currently sits on four technology boards.