Blind recruitment has been hailed as a solution to workplace discrimination. But how effective is it? 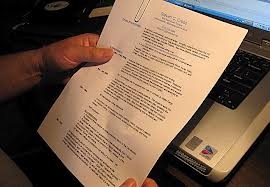 The Victoria Police, Westpac Bank and Deloitte are just some of the major organisations who have embraced blind recruitment in order to boost diversity.

However, a new study appears to contradict the hypothesis that blind recruitment is always more effective at boosting diversity.

The Department of the Prime Minister and Cabinet used 2100 public servants from 14 departments to assess whether women and minorities are discriminated against in the early stages of the recruitment process for senior positions in the Australian Public Service.

Participants were randomly assigned to receive application materials for candidates in standard form or in de-identified form (with information omitted about candidate gender, race and ethnicity).

Interestingly, the study found that the public servants actually engaged in positive (rather than negative) discrimination towards minority candidates and women.

Male reviewers also showed more positive discrimination towards minority candidates than did female counterparts, and reviewers aged over 40 displayed much stronger affirmative action in favour for both women and minorities than did younger ones.

In conclusion, the study authors argued for caution when moving towards blind recruitment strategies in the Australian Public Service, as de-identification may not be always successful in promoting diversity.

Indeed, the Harvard academic who oversaw the study, Professor Michael Hiscox, said the results were surprising.

"We anticipated this would have a positive impact on diversity – making it more likely that female candidates and those from ethnic minorities are selected for the shortlist," he said.

"We found the opposite, that de-identifying candidates reduced the likelihood of women being selected for the shortlist.

"We should hit pause and be very cautious about introducing this as a way of improving diversity, as it can have the opposite effect.”