Staff at the Australian Taxation Office have rejected a proposal to extend their time at work from 4:51pm to 5pm 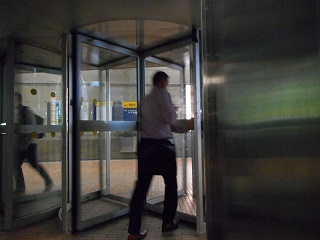 Australian Taxation Office employees have one of the shortest working weeks in the Australian Government, finishing each day at 4:51pm. But when they were asked to work an extra nine minutes a day to increase productivity, they rejected the proposal.

ATO staff have finished work at 4:51pm for a number of years even though management acknowledge the hours are not in line with the rest of the bureaucracy. However, the ATO also acknowledged that many staff work outside of these hours.

The ATO commenced bargaining a new agreement in June 2014. The first offer made to staff included a proposal to increase the length of the working day from seven hours and 21 minutes to seven hours and 30 minutes.

This was included in the ATO’s proposal to staff in late 2015 to ensure the productivity improvements to underpin a pay offer were in line with the requirements of the bargaining policy at that time.

HC contacted the ATO for comment and a spokesperson said subsequent offers that they have put to a staff vote maintained conditions that their employees told them mattered most to them, including the standard working day (that is, removing the proposal to increase the length of the working day).

“We are currently seeking feedback from staff to inform the Enterprise Agreement process and ensure our engagement and communication approaches meet our employees’ needs. It is hoped that the survey results will assist in paving a way forward,” said the spokesperson.

“We remain committed to reaching an agreement that provides a good outcome for staff, the ATO, the Government and the Australian taxpayer. This includes ensuring that we can meet our service commitments to the community.”

However, the Community and Public Sector Union (CPSU) said the idea that ATO staff all exited at exactly 4:51pm was "ludicrous".

"Our members are working longer hours than ever, including unpaid overtime, because of over 4,000 jobs that have been slashed from the ATO in recent years," CPSU national secretary Nadine Flood was quoted as saying by The ABC.

"This proposal was taken off the table well over a year ago.

"Clearly it wasn't the sticking point to reaching a new agreement because there have been two more emphatic 'no' votes from Tax Office staff since."

Employer bans workers from drinking during the day