AOC is not running a ‘sheltered workshop' for staff, says chief 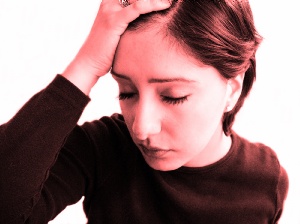 Australian Olympic Committee chief John Coates has been accused of writing in an email that a female employee should "get out in the real world" and that he was not running a "sheltered workshop".

The woman was being treated for cancer at the time, according to her superior, the former chief executive Fiona de Jong.

She also said Coates knew of the woman’s cancer because he had sent flowers to the hospital.

Coates' comments were allegedly in response to a request by de Jong for him to show more sensitivity towards employees.

“Naturally she was most upset, primarily at the misunderstanding of her actions, but also the public manner in which your opinions were expressed,’’ de Jong wrote.

Coates wrote back the following: “If she’s offended it’s probably time for her to get out in the real world,” he wrote back. “Ours is not a sheltered workshop.’’

The Australian Paralympic Committee chief executive Lynne Anderson said she was upset that Coates would use language that stigmatised people with disabilities. “Quite simply, we object to any language that portrays disability in a negative light,’’ she said.

Moreover, Coates’ ally, the media director Mike Tancred, has been stood down from all AOC duties until bullying allegations against him were resolved.

Tancred was also accused of bullying and intimidation by de Jong and other members of staff.

De Jong, who left the AOC in December last year, said she had made a formal complaint to Coates about Tancred four months ago.

Tancred is also facing allegations he harassed another former employee for taking two days off during the Beijing Olympics in 2008 due to a miscarriage. However, he has denied any wrongdoing.

The allegations come amidst a bitter election campaign for the AOC presidency, with Coates being challenged for the first time since he took the role 27 years ago.

HC contacted the AOC for comment and they said in a statement that the AOC Executive met last night to discuss the complaint made by de Jong regarding the alleged conduct of Tancred.

The Executive took legal advice to assess the complaint and on the appropriate course of action. In December 2016, upon receipt of the initial complaint, it was immediately referred by the President to the AOC’s lawyers in accordance with the AOC’s current policies and procedures, and they have been managing the complaint since.

After considering the legal advice and all the relevant circumstances, the AOC Executive made the following resolutions:

“It agreed to delegate the determination of the complaint to an independent committee with appropriate experience and ability, and the committee will comprise three senior counsel or retired judges, including at least one female within its membership,” said the statement.

“The committee will proceed to determine the complaint in their sole and absolute discretion on such material and in such manner as they see fit, subject to affording the parties natural justice.

“The committee will be asked to inform the Executive of their determination within one month of their appointment.

“The Executive expressed confidence that the current AOC proper processes were followed in respect of the complaint by Ms de Jong.

“Further, the AOC will commission an independent review, overseen by the incoming CEO, into workplace practices to ensure the best possible environment for our staff.

“The AOC supports an environment free from discrimination, harassment and bullying and will not tolerate behaviours that differ from this standard.”